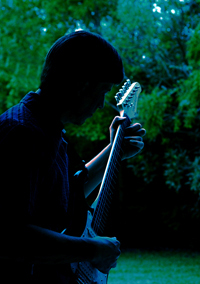 I’m pleased to be able to introduce Alex J. Cavanaugh to the blog today to talk about his first draft process. As well as being a very persistent blogger with whom I have talked with for several years, he is the writer of science fiction books.

Alex  has a Bachelor of Fine Arts degree and works in web design, graphics, and technical editing. A fan of all things science fiction, his interests range from books and movies to music and games. Online he is the Ninja Captain and founder of the Insecure Writer’s Support Group (ISWG). He’s the author of Amazon Best-Sellers CassaStar, CassaFire, CassaStorm, and Dragon of the Stars. The author lives in the Carolinas with his wife. 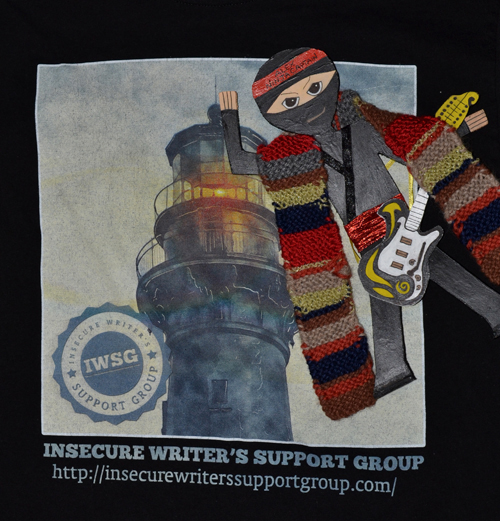 I start brainstorming in my head. It might be months before I commit anything to paper. But I work out a lot of the story in my head first, letting it run past like a movie.

Slow and steady? Is that a routine? 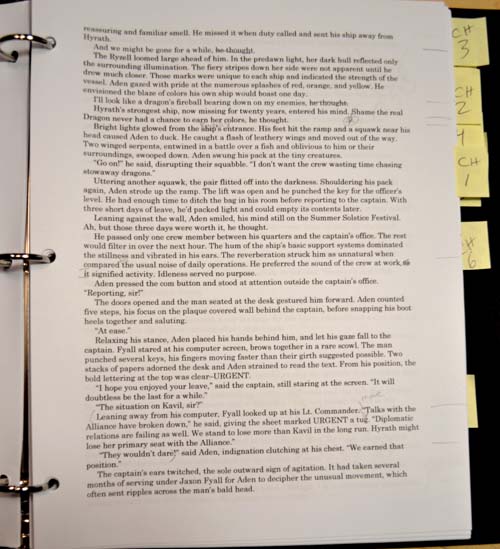 I write the outline on paper first. After a while, I transfer to the computer. Once I’m happy with the outline, I start writing on the computer. Habit I picked up from NaNo. At any rate, I write as slow as I type, so it really doesn’t matter.

Probably not enough. I do some before I begin. But I learned with my last book that a lot of research sometimes doesn’t amount to anything. (Anyone want to know about sea kelp?)

I copy and paste into a Word file, type it into Word, or make note of the song. (I’m a musician, so music plays a big part in my writing.)

Water, Hot Tamales, and music. Sometimes the television is on. Muted, of course. That would be overkill…

I have to immerse myself completely, so I’m rather lost.

Uncluttered. Might not be neat, but I can’t stand cluttered.

The only way I can get through that dratted first draft is to plow forward without looking back. Although I do slow down to ponder just the right words more often than I would like.

I check that Word count every single day! I’m a lazy writer. I wouldn’t write anything if I didn’t have a daily word count goal.

Usually about six weeks. Like I said, I hate writing the first draft, so I plow through it as quickly as possible. Fortunately, I also outline to death, so the first draft isn’t a huge mess when I’m done.

I like to print it out. I stare at a computer enough at work. I catch more that way.

Edit, edit, edit! After about a month or so, I let my two test readers read it. Then I edit another month. Then it’s off to the critique partners. Then more editing. When I can’t polish anymore and I start changing things back to the way they were in the first draft, I send it to my publisher. (Oh, and I don’t break it into chapters until I send it back to my publisher after their editor has tackled it. Yeah, weird, but that’s how I roll…)

Thanks for digging into that first draft, Alex.

Dragon of the Stars 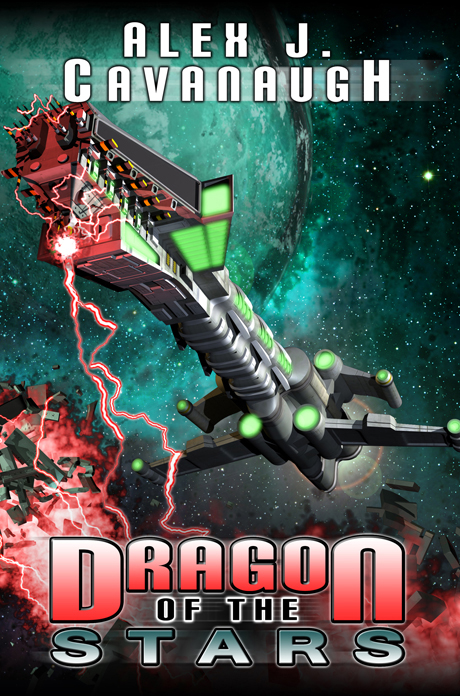 The ship of legends…
The future is set for Lt. Commander Aden Pendar, son of a Hyrathian Duke. Poised to secure his own command and marriage to the queen’s daughter, he’ll stop at nothing to achieve his goals.
But when the Alliance denies Hyrath’s claim on the planet of Kavil and declares war on their world, Aden finds his plans in disarray. Entrenched in battle and told he won’t make captain, Aden’s world begins to collapse. How will he salvage his career and future during Hyrath’s darkest hour?
One chance remains–the Dragon. Lost many years prior, the legendary ship’s unique weapon is Hyrath’s only hope. Can Aden find the Dragon, save his people, and prove he’s capable of commanding his own ship?