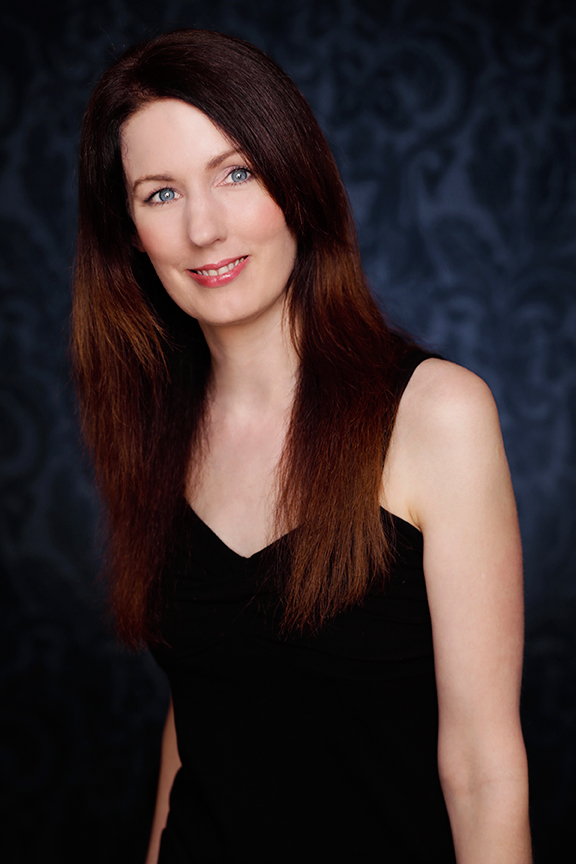 Before moving to Australia in 2005 Rachel lived in the UK and helped run a pub, played guitar in a band, worked in TV and film as an extra, dabbled in radio as a presenter and freelance producer for the BBC and worked in publishing as a sub-editor and editorial assistant – not necessarily in that order!

She writes thriller and suspense novels and in her spare time enjoys horse-riding, skiing, going to the cinema and reading and writing.

Often, scenes will pop into my head in a random order, so I’ll jot those down in a fresh notebook. From those, I’ll develop a five Act outline – just bullet points for each scene, with wiggle room for character development.

More so these days – I had a bit more of a scattergun approach in the past, which meant I wasted a lot of valuable time. 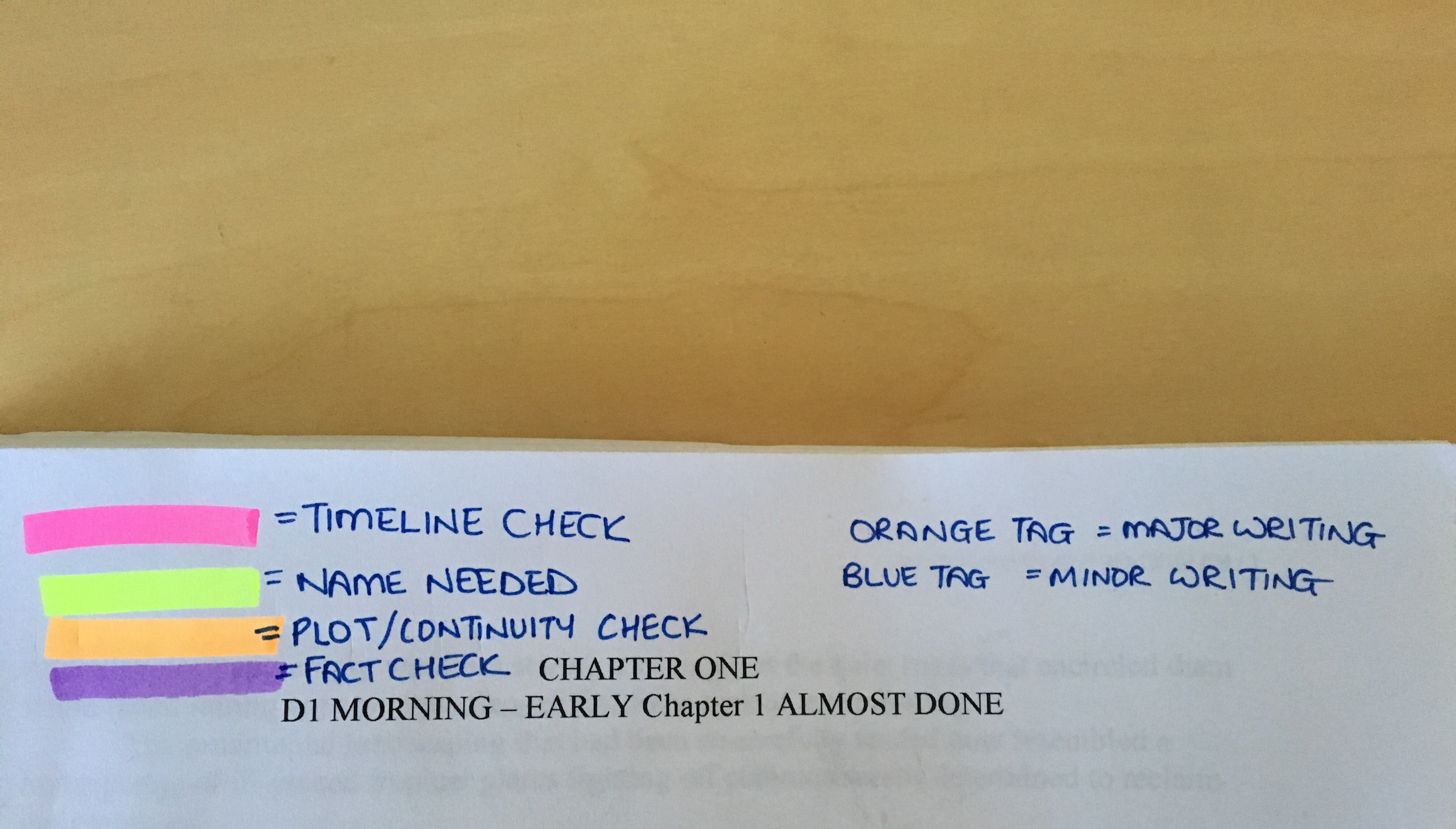 I start off with a few index cards to play around with scene sequence, then that gets transposed to a spreadsheet (thanks, Russell Blake!) so I can see the whole story sequence, give or take those few gaps that I don’t worry about at the beginning. Those individual scene sketches/bullet points then become my chapter folders in Scrivener, and off I go.

Very. I feel that with what I write, I’m constantly under a microscope by experts in their field. The trick is to balance the research with the storytelling though. Storytelling has to come first – after all, I write fiction.

I’m a news junkie, and that’s where a lot of my ideas come from. If a news article references another article, that’s me off down the rabbit hole chasing original source material – I soak it up. I do like travelling, so if there’s a way to get to the places I’m writing about, or I’ve been there previously, then it’s easy to go through photographs. Google Earth is a great tool if I can’t get there in person. Talking with subject matter experts, or emailing them, is crucial. You’d be amazed how willing people are to help out and ensure you get your facts straight – and it’s a great learning curve.

Ideas go into a physical notebook or Evernote. Scrivener is my go-to writing tool, and that enables me to save a lot of research directly into my writing project. I also set up a folder in my Favourites on my computer to dump any news articles that I need to refer back to – either as a reminder about where I first got the idea from, or for checking facts.

The first 35,000-40,000 words is fast – very fast. That’s mostly due to the fact that I have that outline set out before I begin. The next half of the book slows down because that’s while my characters are developing and I’m making notes in margins about what I need to go back and fix during the second draft. Once a scene is written, I don’t go back to it – I keep moving forward.

Not really. As long as I’ve got a computer, or a pen and something to write on, I can get on with it.

Oh, I’m definitely lost. Ask anyone that knows me! I’m 40,000 words into the first draft of a new project at the moment, and I’m often daydreaming about the next scene I have to write, or jotting down stuff I have to look up once this first draft is done. 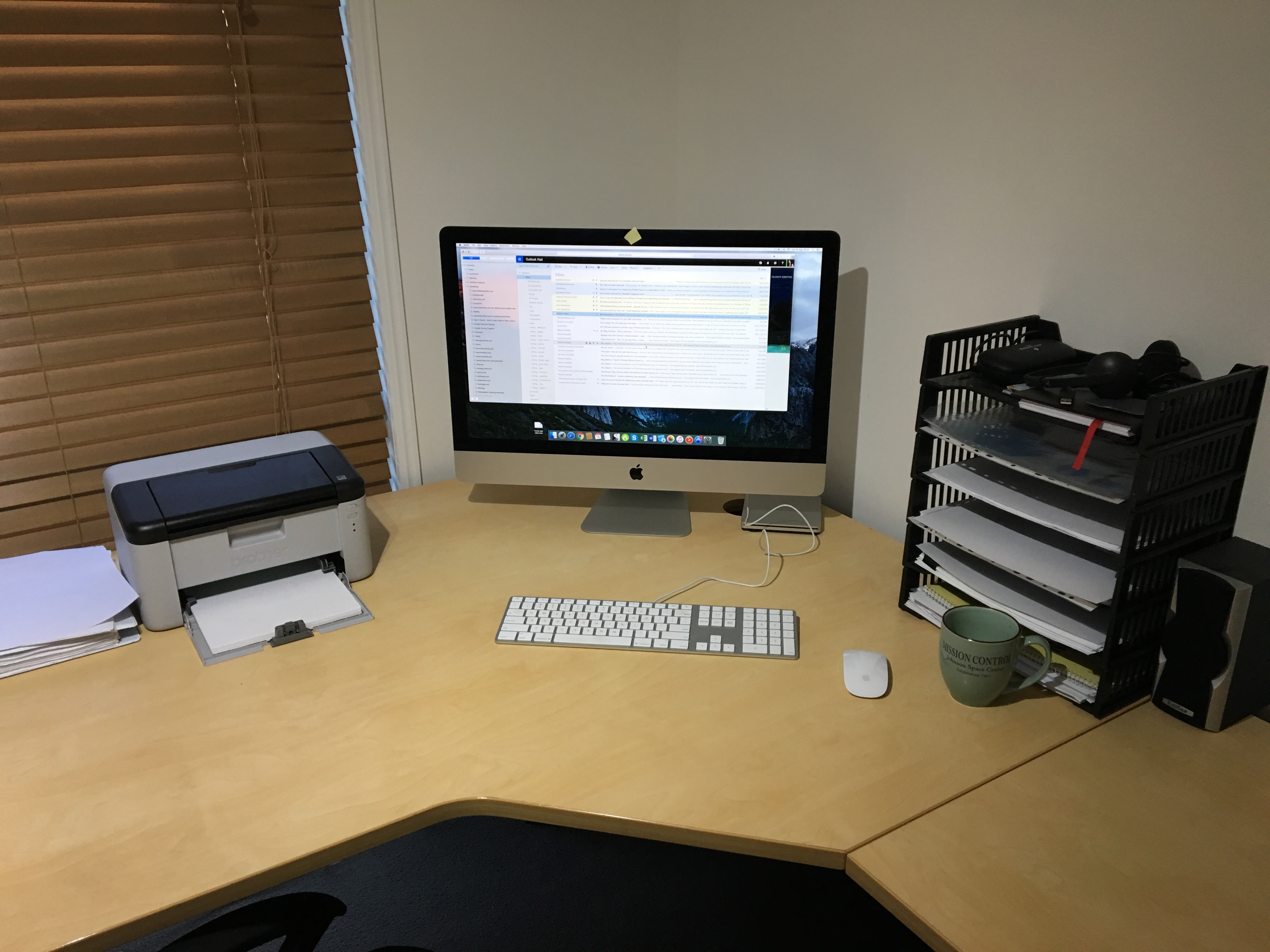 Uncluttered – the complete opposite of my brain during a writing project! It’s just my computer, printer, a tidy pile of articles to read about publishing and marketing off to the left next to the printer, my diary, and a rack of miscellaneous paperwork on my right. Sometimes there’s a dog there as well, ensuring complimentary bits of fluff end up between the pages… 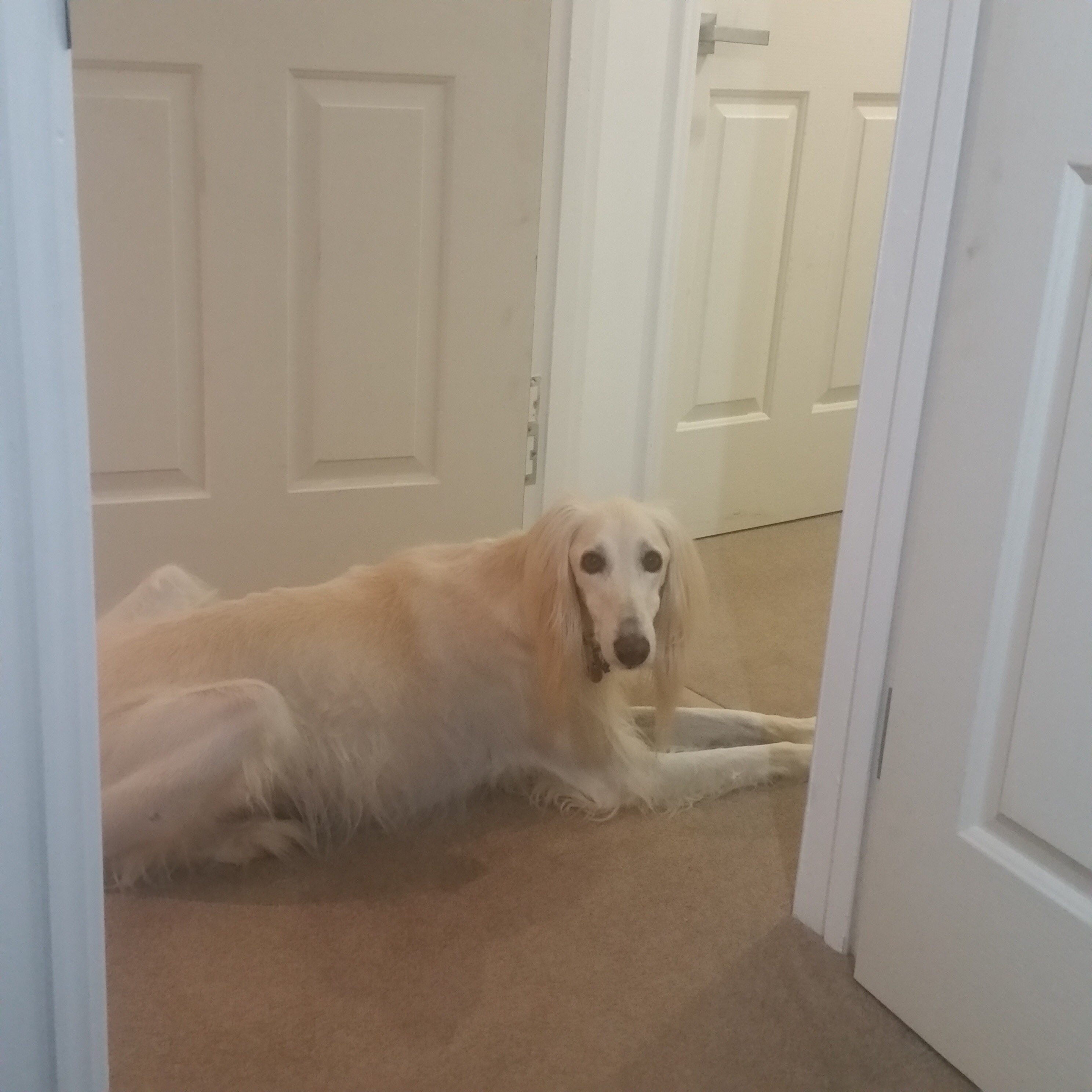 I’m getting better at leaving the editing to last. If I need to look something up or think of a plot point, or I’m lost for a character name, I’ll just put [XXXX] and carry on. It took me a few books to get into that habit – it used to be too tempting to go off and look something up, but then of course that breaks the writing flow and makes it harder to get back into it.

I have to write around a myriad of other commitments so I keep a spreadsheet (yeah, I know – nerd!) with a note of the date I want to finish the first draft by, and what my daily word count is. I’ve got formulae in it that changes what my daily word count needs to be based on progress to date and that deadline date. That way, I can see where I need to put the effort in leading up to the deadline. It really helps to keep me focused.

I aim for 8-12 weeks for the first draft, and that’ll be pretty much done apart from going back and filling in those [XXXX] spaces.

Paper. I only read on eReader once I’ve had the manuscript professionally edited and all the formatting has been done. I always pick up different errors on eReaders and paper, so it’s a good exercise to carry out before publication.

I’ll put it away for a bit, then do the first ever read-through from beginning to end and work out what doesn’t work, or what needs clarifying. I probably do that a couple of times before I give it to 2-3 people who are experts and/or trusted beta readers that don’t pull any punches. When their comments come back, I’ll do another edit or two and then send it off for a professional edit. At the same time, it goes online for pre-order for 4-6 weeks. Of course, by then I’m already working on the next first draft of a new project…Thanks for digging into the depths of the first draft. It’s been a pleasure having you.

Thanks for having me on First Draft, Rebecca! 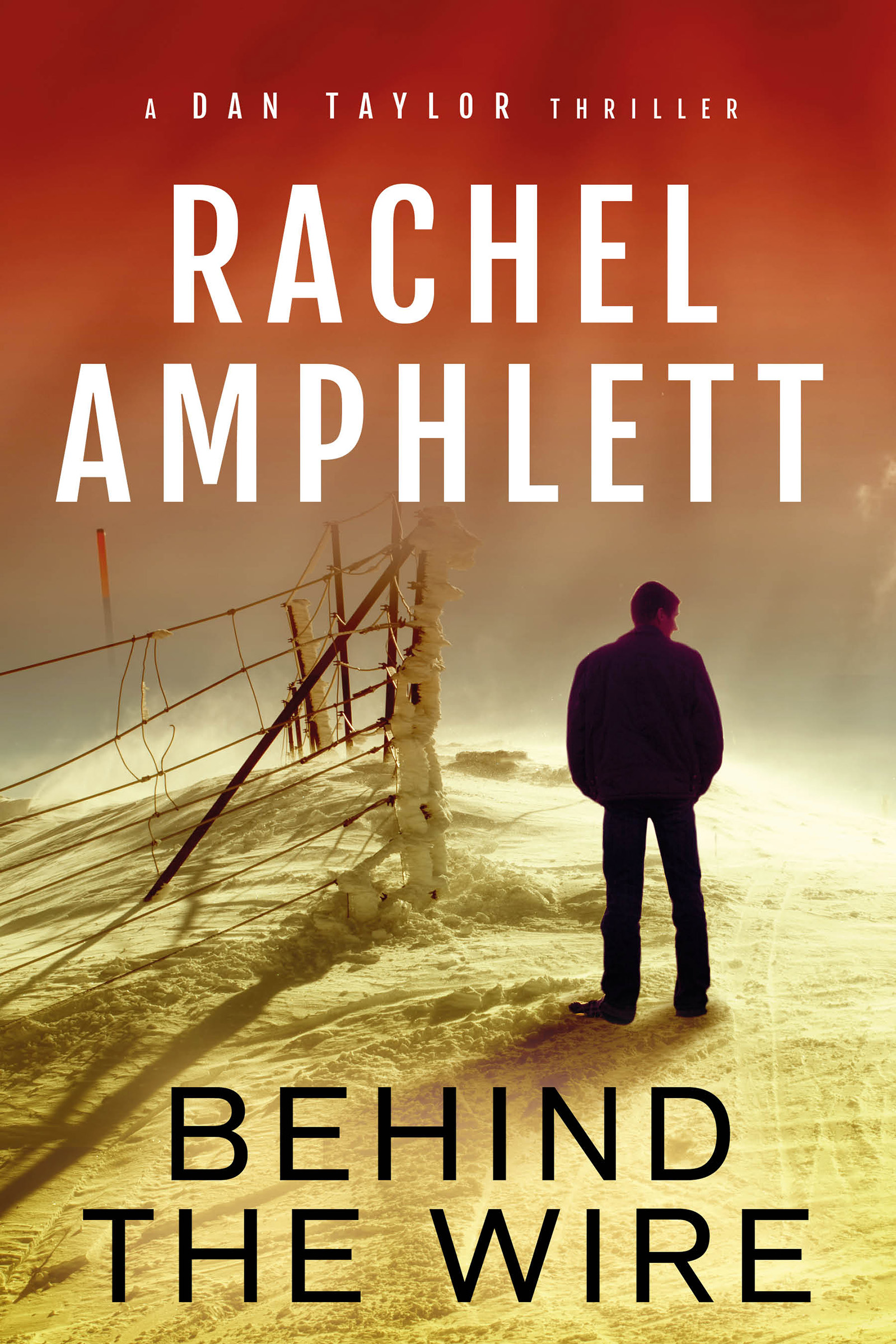 Dan Taylor is trying to keep a low profile when an old friend contacts the Energy Protection Group seeking his help.

The man’s daughter is alone in North Africa, and her life is in grave danger.

Thrust back into active duty, Dan soon realises that getting Anna to safety is only half his problem. The forensic accountant holds the key to preventing Western Sahara from descending into chaos, and exposing the puppet masters behind an imminent coup d’etat.

With a group of militants in pursuit and willing to do anything to stop him, Dan must draw on old survival skills and luck to make his way across the desert landscape and ensure Anna and the evidence she has in her possession reach safety.

Behind the wire lies a secret – a secret that people will kill to protect.