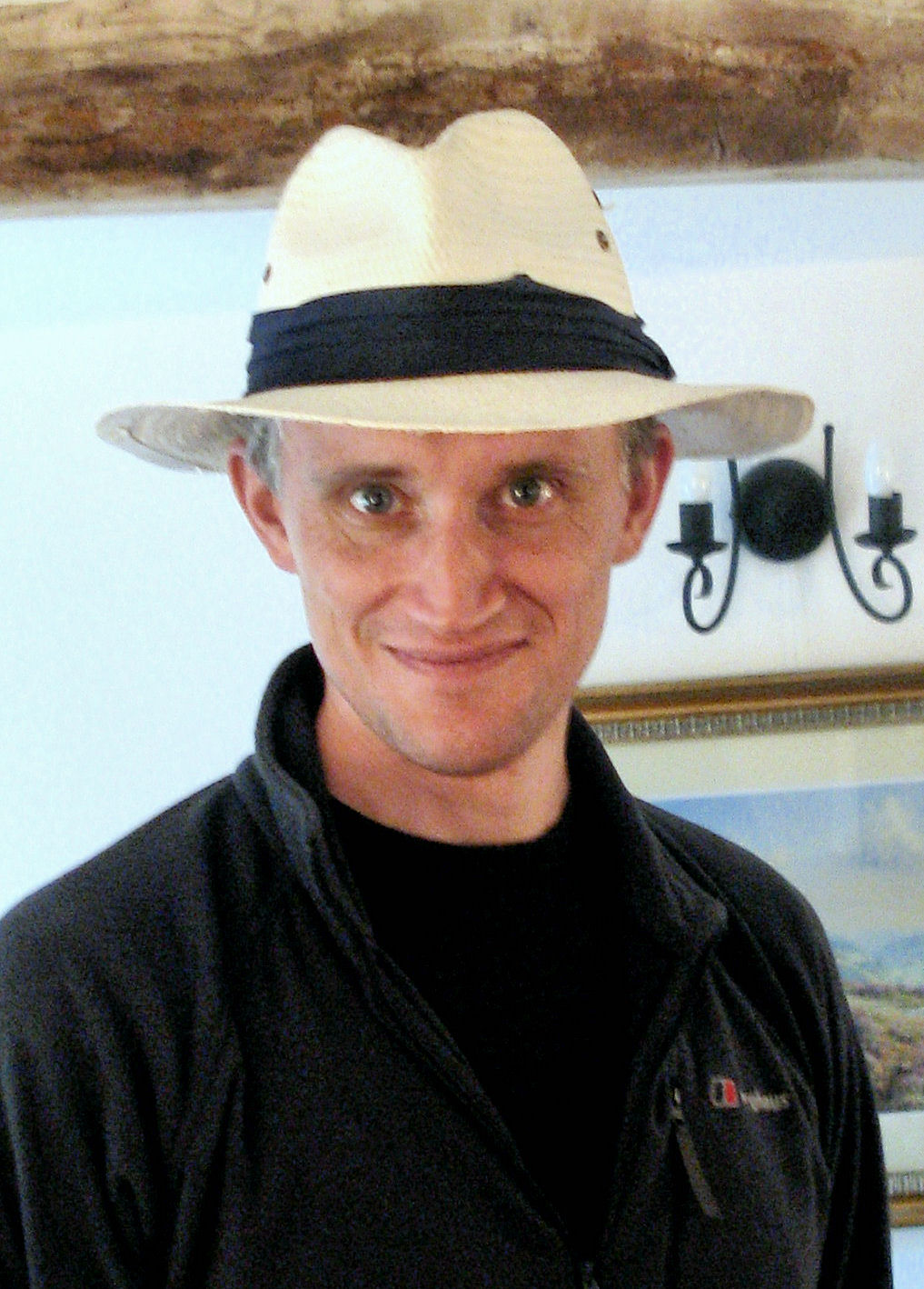 I’m excited to be able to introduce today’s first drafter as he really knows his stuff about the publishing industry as well as being an author and his answers made me smile.

This is Harry Bingham’s 25-word biography;

When you decide to write something new, what is the first thing you do

I’m a crime writer, and my contract basically requires me to write a book a year. I generally start writing that book in September or October, so my August is spent thinking, “I have absolutely no ideas at all. All the ideas I have are terrible. I’ve written the last good book I’ll ever write. I should fake my own suicide and retrain as a gardener or a physio or a freelance assassin in a small country a long, long way away from here.”

By approximately the last day of August, I realise I haven’t sorted out my visas, that faking my own suicide might be uncomfortable, and that maybe – just maybe – I have the seed of a possibly-non-terrible idea. Then I start working.

Do you have a set routine approaching  it

Aside from the panic? Not really. I grope around after ideas. I hang onto the not-so-terrible ideas I have. I start working a bit with those ideas – bits and pieces of research, maybe some note-taking, definitely plenty of long country walks and day-dreaming.

Pen and paper or straight to the keyboard

Aaargh! Hate pen and paper. It’s the keyboard always for me. I’m a massive self-editor and I hate my own hand-writing: two massive reasons for avoiding what is basically a medieval technology.

Oh. It’s very, very important – sacred even. I honour and esteem research so much that I do it only in the tiniest, most homeopathic amounts.

Well, as I say, I’m not big on research. So: I fool around a bit on Wikipedia. A book or two. Maybe a conversation with someone who actually knows what they’re talking about. And that’s it. For the most part, I prefer to let my imagination rule the roost. I want to avoid obvious, significant errors, but for me the flavour and feel of the book is way more important than technical faithfulness to Real Life. (After all, if Real Life were so good, wouldn’t it have an agent by now? Huh? Huh?)

I should say that although I technically write police procedurals, really I write unprocedurals. My detective main character isn’t especially interested in procedure and is perfectly happy to ignore it if it suits her. So the freedoms I take are very consistent with my character’s attitudes too. That’s either remarkably lucky . . . or I chose the right character to work with!

How do you store everything: ideas, research, images?

Um. I could store “everything” in a teeny-tiny matchbox and still have room for a complete boxload of matches. I’ve often enough started a novel without anything at all by way of research. If I do any at all, it stays in my head.

Tell us how that first draft takes shape.

Hmm, not an interesting answer here. I sit at my computer and write stuff and my book just gets bigger. I’m not a particularly fast first-drafter, but I am a steady one. I move sequentially, from chapter 1 forwards. I just use MS Word. No mind-mapping for me. No Scrivener. No corkboards and post-its and coloured pins. No spreadsheets and interesting software things or moody music playing in the background.

No. It’s just work and I get on with it. I’m very flexible as to where and when that work takes place: I just grab what time I can. The one real essential for me is tea, I have a mug by me now, and can easily drink ten mugs in the course of a working day.

While I’m actually writing, then the outside world feels a lot less real than the fictional one on screen. But as soon as I put my work down, I’m back in the real world. I’m certainly not one of these authors who just disappears for three months. Aside from anything else, I have four kids so the chances of my escaping in that way are fairly minimal.

Er. I have this amazing Flexi-Space which can go through about a million iterations. Right now, I’m working in the garden, which I do pretty much whenever the weather isn’t too hostile to forbid it. Often enough I’ll be outside in March, very well-wrapped, writing until my fingers lose all sensation. But I sometimes work on my lap in the living room. Or at the table in the kitchen. Or on a train. Or at a coffee shop in town. Sometimes – and yeah, I know this is crazy – I actually write in my office. Not often mind you, maybe only three or four times a year.

I edit as I go. That’s mostly because ugly or intrusive sentences haunt me until they’re fixed, and bits of bad plotting or clunky text just stop me seeing the way forwards. So typically, I’ll start a working day by editing the stuff I wrote the day before. That editorial work loosens up my writing muscle, so when I do start to make forward progress, I’m already limbered up.

No, I’m not really bothered about progress. Mostly, I know that if I put in the hours, a novel will come out at the other end. If I’m at a sticky patch in terms of my plotting, or if I have to go back and correct various bits of plot logic that have got into a tangle, my word count won’t change much for a week or so. That doesn’t mean I’m not making progress. It just means that the progress I’m making can’t be measured in terms of words. All that said, I do know whether I’m at 60,000 words or 100,000 words – and watching that progress tick upwards is always nice!

I’m not a particularly swift first drafter. I suppose the whole draft may take six or seven months to emerge. That’s quite slow, I think, but I do also run a couple of businesses (Agent Hunter, which helps new writers find literary agents; (Rebecca butting in here, this is great, I used and reviewed Agent Hunter way back Here) and the Writers’ Workshop which offers things like editing and writing courses). Those things do inevitably call for my time and attention even while I’m writing, so those six or seven months comprise something like four months of actual writing plus too-many-weeks of outside distractions.

And one asset about the way I write is that my first draft is always in good shape. All that editing and re-editing as I go means that there’s not a whole heap to be done after I hit the final full stop. I probably do three or four careful read-throughs, each one of which will tighten the plot, cut our surplus text, adjust some language – but really do nothing profound to the story itself. Then it’s off to my editor and agent for their comments.

Computer screen. I’ve tried paper, but it doesn’t seem to run any decent word processing software and I find it hard to make edits. It’s been years since I’ve actually printed out one of my novels.

Freedom! It’s pretty rare that I get major edits back from my publisher. Most of the issues are tweaky things that I can do in a week or so. So for a few months, my year turns away from writing and I’m focused on my other activities, my family and of course the business of publication itself.

You can find Harry at HarryBingham.com | Writers’ Workshop | Agent Hunter. 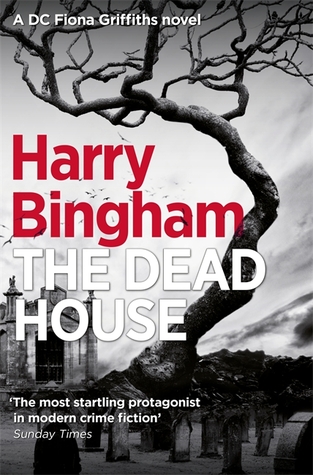 When the body of a young woman is found in an old ‘dead house’ – the annexe where the dead were stored before burial in medieval times – of a tiny Welsh church, it seems that past and present have come together in a bizarre and horrifying way. For DC Fiona Griffiths, the girl – a murder victim whose corpse was laid out with obvious tenderness – represents an irresistibly intriguing puzzle, given Fiona’s unusual empathy with the dead. And when her investigations lead her to an obscure and secretive monastery hidden in a remote valley, she finds that the dead girl is far from the only victim of a sinister melding of modern crime and medieval religious practices. Only Fiona is capable of putting the mismatched pieces together in this disturbing puzzle, but immersing herself in this dark and obsessive world could threaten her fragile grip on her own sanity.

You can find all previous First Draft Q&As HERE. The series is coming to a close soon and we are changing to the revision process, but there is still time to get your first draft Q&A done if you fancy. Do get in touch if you want to do it.