The Devil’s Work by Mark Edwards 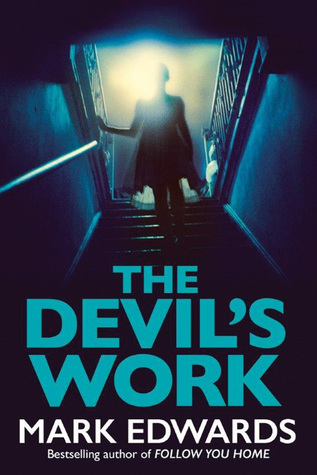 It was the job she had dreamed of since childhood. But on her very first day, when an unnerving encounter drags up memories Sophie Greenwood would rather forget, she wonders if she has made a mistake. A fatal mistake.

What is her ambitious young assistant really up to? And what exactly happened to Sophie’s predecessor? When her husband and daughter are pulled into the nightmare, Sophie is forced to confront the darkest secrets she has carried for years.

As her life begins to fall apart at work and at home, Sophie must race to uncover the truth about her new job…before it kills her.

I reviewed Mark’s last book, Follow You Home, Here, not too long ago and I’d loved it. So when he asked if I wanted an advanced reader copy of The Devil’s Work I obviously jumped at the chance.

It is an entirely different read but it still has Mark’s unique style about it. His voice. He has an ability to keep you turning the pages, wanting to know more all the time. He holds back, just teasing the story along. Keeping you engrossed but at the same time, without you quite realising it, not giving you enough to fill you.

The Devil’s work follows two timelines for our protagonist Sophie. The current timeline set in 2015 where she starts a new job in a publishing house (how great to see a novel set in the book world!) and one several years earlier when she was a young and insecure woman at university. You realise that of course, these two timelines have to converge at some point but you can’t quite figure out how that will come about, so, you have to keep reading.

But, in the meantime, she really is quite anxious by events that are occurring in her new dream job that she doesn’t feel quite so dreamily about now. It starts fairly small and innocuous (though maybe not for other people) and gradually has her feeling extremely nervous and worried about her life.

With the two running timelines, I enjoyed seeing that Sophie had actually grown into an adult and wasn’t still the same person she’d been at university, just at a different time. Mark had made her a fully drawn and well-rounded character.

As the timelines start to converge, the page turning gets to erratic levels as you just have to know how things are going to play out.

It’s another great read from Mark Edwards and I have to thank him and the publisher for my advance copy.