The Dark Inside by Rod Reynolds 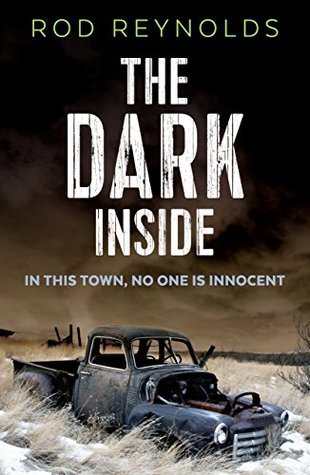 1946, Texarkana: a town on the border of Texas and Arkansas. Disgraced New York reporter Charlie Yates has been sent to cover the story of a spate of brutal murders – young couples who’ve been slaughtered at a local date spot. Charlie finds himself drawn into the case by the beautiful and fiery Lizzie, sister to one of the victims, Alice – the only person to have survived the attacks and seen the killer up close.

But Charlie has his own demons to fight, and as he starts to dig into the murders he discovers that the people of Texarkana have secrets that they want kept hidden at all costs. Before long, Charlie discovers that powerful forces might be protecting the killer, and as he investigates further his pursuit of the truth could cost him more than his job…

Loosely based on true events, The Dark Inside is a compelling and pacy thriller that heralds a new voice in the genre. It will appeal to fans of RJ Ellory, Tom Franklin, Daniel Woodrell and True Detective.

I read a lot of rave reviews on this book last year so added it to my TBR list and promised myself I would read it this year. In fact, it made it onto the list of books I was most looking forward to reading this year.

I love crime novels that are set in the US. There is something about the large landscape that the States offers that appeals to me. Everything just seems that much larger, even if you are writing about a closed in community as The Dark Inside was.

This was a crime novel with a difference, as the protagonist is not a lawman of any sort, he’s a journalist and this sets it apart. He’s as dogged for the truth as any cop in a crime novel you’ll read because that what a good journalist is supposed to do (We’re not going down any other strange discussions here.) so there’s no need to fear that this can’t flow well with a journalist at the helm. It’s tightly written and keeps you turning the pages as Charlie keeps digging for the truth in a town where it seems some people just don’t want the truth to be found.

I adored the 1940’s era, even though I’m not usually a historical fiction reader, this timeframe added to the atmosphere of the book. Charlie is a well drawn and believable protagonist. He’s flawed but determined and we root for him as he faces increasingly difficult barriers to the truth that he seeks.

Reynolds’ writing transports you to Texarkarna and then holds you there until the very last page. As well as being a great story, it is brilliantly written and I can’t wait to read the next book Reynolds brings out.

A well constructed and polished debut. In fact, most undebutlike. A must read.