Today I’m really pleased to welcome crime writer, Helen Cadbury to the blog to talk about her first draft process. 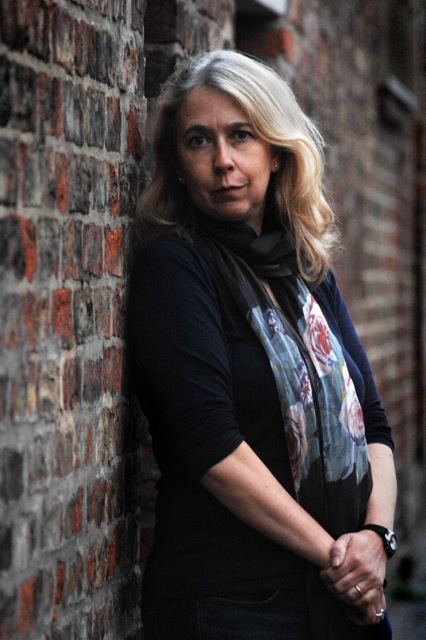 Helen is a British crime writer whose new novel, Bones in the Nest, second in the Sean Denton series, is out now.

Her debut, To Catch a Rabbit, was joint winner of the Northern Crime Award 2012. First published by Moth Publishing, it was re-released in a new edition by  Allison and Busby. Helen Cadbury was chosen as an Amazon Rising Star, best debuts of January 2015. WHSmith readers have voted To Catch a Rabbit  no.12 in top crime books which they’d like to see on screen!

When you decide to write something new, what’s the first thing that you do?

I will try to write a brief synopsis, but this may be as little as a paragraph. It will probably be followed by several bullet points that pose ‘what if’ questions. I often use spider diagrams to get all the early elements and key characters down on the page. Then I can stand back and see how they interrelate.

I am constantly in search of a routine that will, one day, become second nature, but it’s still eluding me. In the early stages of a new piece of work I do some pre-thinking, it’s not as fixed as actual planning, but I also do a lot of free writing. For my third book, I wrote quite a few early scenes, which might not make it to the final edit, because I want to experiment with as many voices as possible. When those voices peter out, I’ll go back and work out which parts of their narrative can be delivered by someone else, or don’t need to be spoken at all. I originally trained and worked as an actor, and used improvisation in much of the work I created. I’m experimenting with the writer’s equivalent of improvising scenes without the pressure of knowing where they fit. They might just be there to create backstory or to allow me to understand what’s happened to the characters between the scenes. 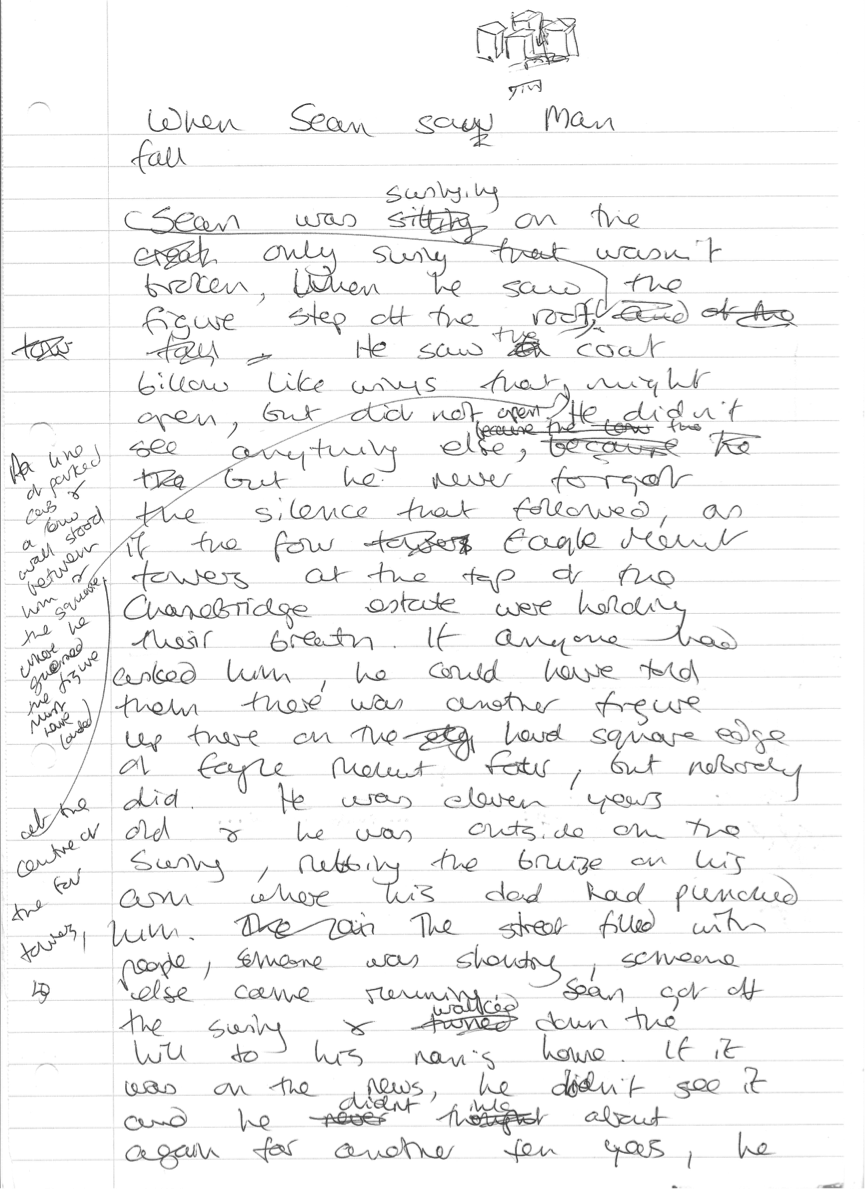 Pen and paper or straight to keyboard?

Usually straight to keyboard but, if I’m stuck, I sometimes take a notebook and do some free writing with a pen. I then find that I can pick up the thread from the handwritten version when I type it up.

It’s important to remember that we’re writing fiction and that too much research can weigh too heavily on the narrative. What interests me is finding creative reasons why a character might behave in the way they do, especially if that means they’re acting outside of the rules.

I think research covers a huge range of listening, reading, asking questions and overhearing, in addition to more specific library-based research skills, internet trawling or physically visiting locations. If I’m writing about a setting for which I don’t know the correct terminology, then I do library or Internet research to familiarise myself with the language. Mostly though, I rely on prior knowledge, which I’m aware might need some deeper exploration. With my first book I researched after the fact. By which I mean, I wrote what I wanted to and then I checked both police and legal sources to make sure I hadn’t written anything completely implausible.

I’ve recently started to use Scrivener. I also have a box file and a ringbinder and numerous pieces of paper, magazine cuttings and files on the computer called things like ‘research ideas.’ I’m hoping that using Scrivener will help me keep everything in one place and make it easier to search.

Tell us how that first draft takes shape.

I would like to be able to say that I write from the first word to the last word without looking back and end up with 100,000 words ready to be edited. Sadly it’s not like that. I start to write each scene more or less in the order in which they occur in the story. If my mind jumps ahead, I might sketch out a brief scene description on an index card, then go back to where I was. I struggle towards the halfway point but once I make a decision about how the story is going to end, working towards the last chapter becomes easier. The first draft will have a combination of very rough, unedited work and some more polished scenes. I have a tendency to have a brilliant new idea about half way through only to find in the editing process that I need go back to my original premise.

Does the outside world exist, or are you lost to us for a period of time as the magic works?

If there are no interruptions I can certainly lose track of time and it’s a lovely feeling to be immersed in the world of my characters. But unless I go away on a writing retreat, I find it hard to create uninterrupted space and time. Mostly I distract myself though, with social media, talking to the cat, going to the fridge. I need to work on getting lost more often.

My day job used to be home-based, so I have a reasonably well-equipped office in a room at the back of my house. However, I’ve had to banish all the trappings of my freelance life from the desk area, to keep it clear for writing. It is a room with three outside walls and not very well constructed, so it can get very cold. If the sun is on the other side of the house, I take my laptop and sit on the sofa to work. I can be very nomadic and often find the change of location helps unstick something in the writing.

Edit as you go or just keep getting the words out?

Edit as I go. Although I have to resist the urge to overdo this, because I can throw the baby out with the bathwater if I’m not careful.

This is a double-edged sword. It can very motivating to achieve a massive word count in one sitting, but it can also be the wrong thing to do, if what’s needed is some slowing down and thinking. Churning out 5000 words if they’re the wrong ones and you have to cut them is dispiriting. I’ve learned that the important thing is to keep in contact with the work every day (of possible) – so little and often may be more useful than a spectacular word count.

My first book took at least three years to write a first version I was happy with and then another two years to get published. I was learning to write; I was writing plays and poetry and a YA novel: I was working and raising my kids. So in those last two years, it rested at first and then still needed a good set of edits to be publishable. My second book probably took eighteen months, still with plenty of other things going on. I think the first draft for me, now you’re making me think about it, is not a defined moment, partly as I edit a lot going along. I have no idea how long (or how short) a time it would take me if I wrote full-time, without a part-time job and family commitments, but I would like to get into the routine of a book a year.

It’s very useful to have a version you can’t tinker with, so PDF or printed on paper is useful. I have used up hundreds of pounds worth of ink by printing, so I now try to keep it to PDF until I’m sure this is the version I need on paper. Then it’s great to be able to scribble on it, stick post-its in it, lay it out on the floor. It’s a relief to the eyes to turn the screen off too! 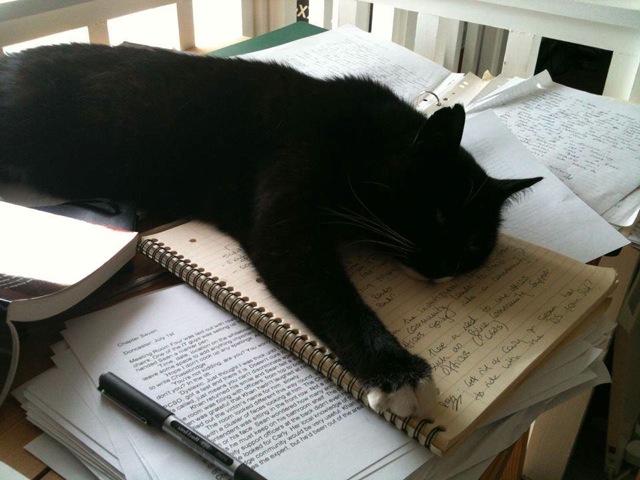 This is where the fun starts. When you’ve got the whole thing to stand back and look at, you can see the gaps, or where something needs clarifying. Hopefully you’re not looking at a terrible plot hole that can’t be sewn up. I have shown fairly early drafts to other people who might spot something obvious or give feedback about a particular character or have a research specialism. For example, an early draft of To Catch a Rabbit went to a PCSO, who gave me a plot-changing piece of feedback, and Bones in the Nest went to a serving response officer, who me gave a great deal of encouragement and some wonderfully useful day-to-day research ideas. The hardest part of writing a novel is trusting yourself to get to the end of the first draft and not worry too soon about it all being perfect. It’s about constructing something rough and ready that you can go back and beautify.

Thank you for asking me to write this piece, it’s been very helpful to reflect on my own process.

To Catch a Rabbit and Bones in the Nest.

Bones in the Nest 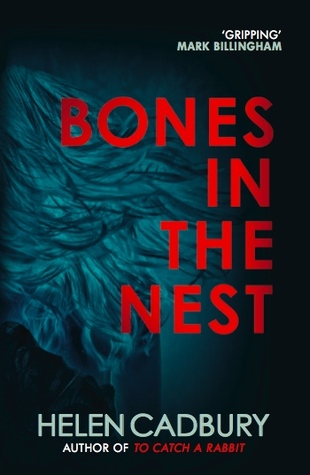 The second book in the Sean Denton series. A young woman is trying to rebuild her life after prison, but someone is out there who won’t let her forget what she’s done. Racial tension is bubbling up on the Chasebridge Estate and Sean is drawn back into a web of family and neighbours he’d rather avoid. When a body is found in the stairwell of a block of flats, Sean is right at the heart of the case.