You’ll be pleased to see the What’s Your First Draft Like? feature, is back after a bit of a break. And it’s back for the foreseeable future after I’ve been out and hijacked a bunch of authors. You’ll be able to read the first draft processes of both indie authors and well-known names you already love, over the coming weeks. I hope you continue to enjoy the series as much as I enjoy it. No two are ever the same, which goes to show that there is just no right way to write!

So, today I’m pleased to welcome Shawn Kobb to the blog to talk about his first draft process. 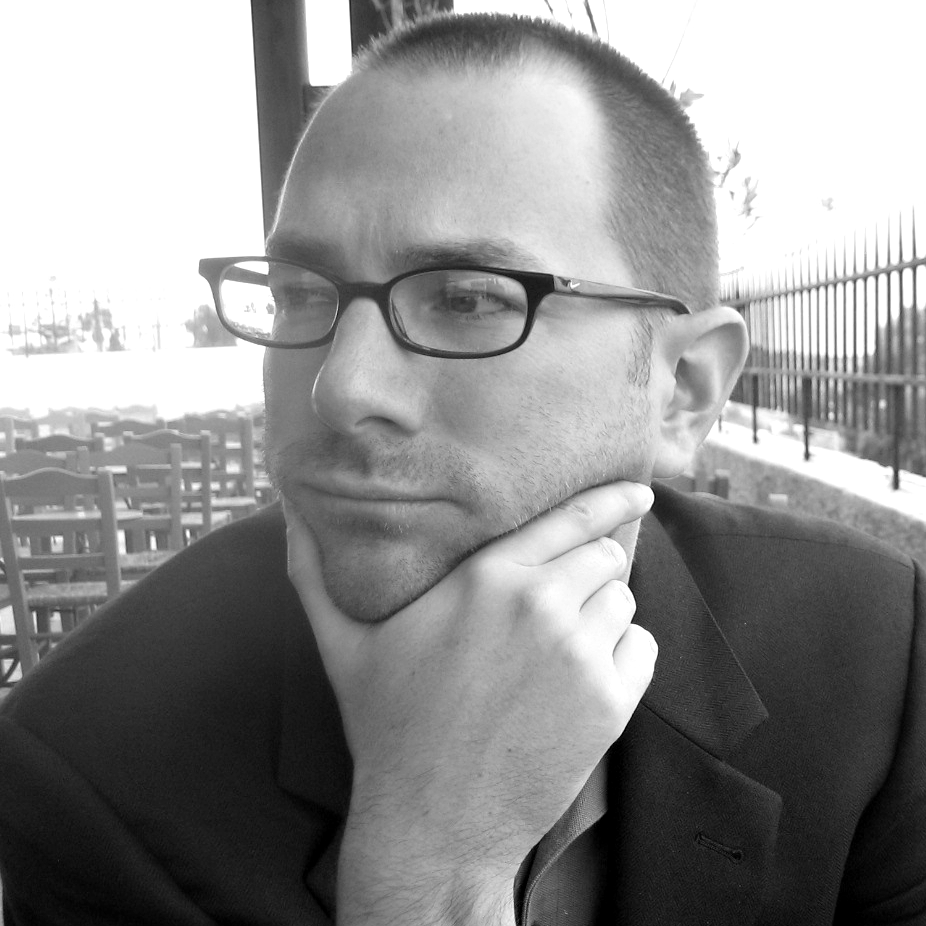 Shawn is an American author living in Vienna, Austria. In addition to writing mysteries and thrillers, he moonlights as a diplomat and has lived and worked in Ukraine, The Bahamas, Afghanistan, and Washington, DC. If he told you any more than that, he’d have to kill you. Before joining the U.S. Foreign Service, he worked as a 911 dispatcher for a large city in the Pacific Northwest well-known for its rain. Not Seattle, the other one. While working as a dispatcher, he had ample opportunity to develop plot ideas while speaking on the phone with crime victims, murderers, naughty children, and schizophrenics. He lives in Vienna with his wife, a dog, and a cat.

I’m still pretty new to novel writing with only two published under my belt so my process is still being refined. I’m a big fan in creating a structure first and in particular have found the books of Larry Brooks and James Scott Bell to be very helpful. By setting up a few key points that I know my story needs to hit, I find I can build a structure that allows me to stay on track.

I start by creating a file in Scrivener and creating virtual flashcards for my book. I usually start with nine key points (based on Brooks’ work, but similar to what many other suggest.) These include things like hook, inciting incident, plot point one, pinch point one, etc. 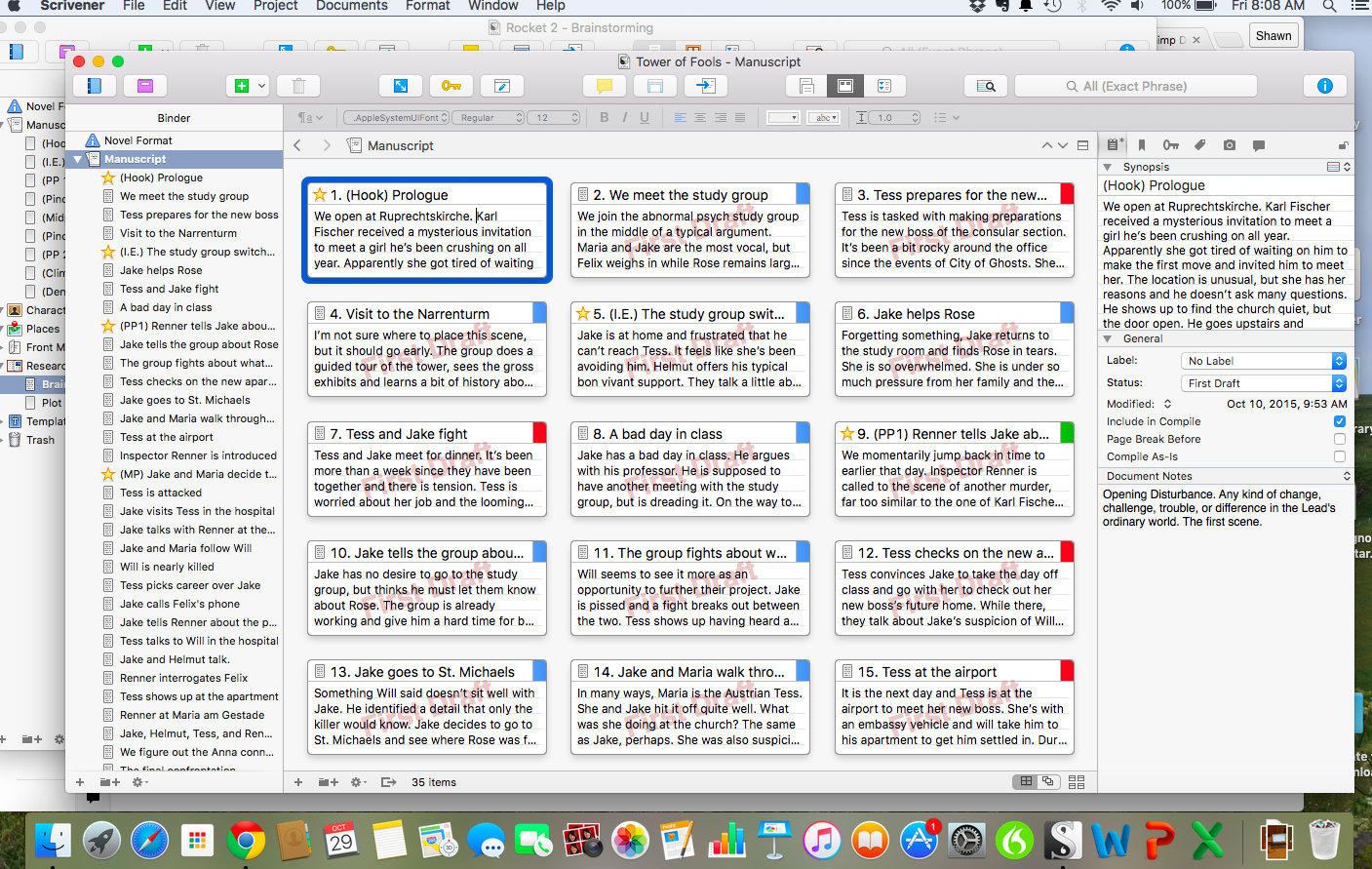 After I have these key points of the story laid out, I then start to fill in around with the scenes necessary to flesh out the story. Of course, all of this gets tweaked repeatedly as I progress, but it gets me started.

Unfortunately, I haven’t yet come up with a set time to write and I tend to be all over the place.

It is pretty much all keyboard for me. I do have a lot of notebooks filled with half thought out ideas, but I find I write so much quicker than I can scratch out my illegible notes, that I’m better off on the computer.

I have two different series in progress at the moment. For my mysteries set in Vienna, I am working really hard to make the city a character as much as the flesh and blood protagonists. For these, I feel it is important present as accurate portrayal of the city as possible. Luckily, I live in Vienna so this just gives me an excuse to visit every interesting church, museum, and café I can.

My Rocket Malone series is a sci-fi/noir mystery mash up set in Washington, DC. It’s a bit lighter on research because I can make up most of it. I’ve lived in DC so I draw on that knowledge when needed. I also want that fun, gritty noir feel so I watch and read a lot of old noir from the ‘30s, ‘40s, and ‘50s to get the tone and language right.

The internet is my friend and it is easy to get sucked into a Wikipedia spiral. However, for my books in Vienna, nothing beats actually going to the various settings in the book and seeing them first hand. It is one thing to read about St. Stephen’s Church being 800 years old and it is something else entirely to go run your hands along the ancient stone work and see the still vibrant frescoes.

I’m lacking a good system for this and always hoping to find something that works for me. I feel like Evernote should be the answer, but I’ve never been able to stick with it. For things I find on the web, I usually just bookmark them to an Ideas folder, but most of the time I forget to go back and look in the folder.

As I mentioned, I usually create virtual note cards in Scrivener for the key scenes. I’ll title those and write a brief description on each card. I continue the same process for the other scenes that reinforce those key points. In my Vienna books I use multiple POVs and I like to color code those on the cards based on character. Then I can get a good visual representation to see how the mix of POVs is shaping up.

I also make a separate text file in the research portion of Scrivener that I label “brainstorming”. I’ll use that for free form thinking. I find this especially helpful if I get stuck on the story. I’ll go there and just start typing, usually starting with questions that I try and answer until I get unstuck.

There’s nothing I absolutely must have, but I often write with headphones on. I find it helps me to focus on the writing. I usually just go to Songza and stream some sort of classical (something without lyrics) or I go to YouTube and pull up music there. Seriously, go to YouTube and search for “epic writing music” and you’ll find all these six hour cuts of Lord of the Rings style music that makes everything you write feel like it is most important thing ever.

If I use my Bose noise-cancelling headphones and pull up some epic writing music, I can block out the outside world for a short period of time, but I don’t often fall into any sort of Zen writing state. I write in fits and starts. 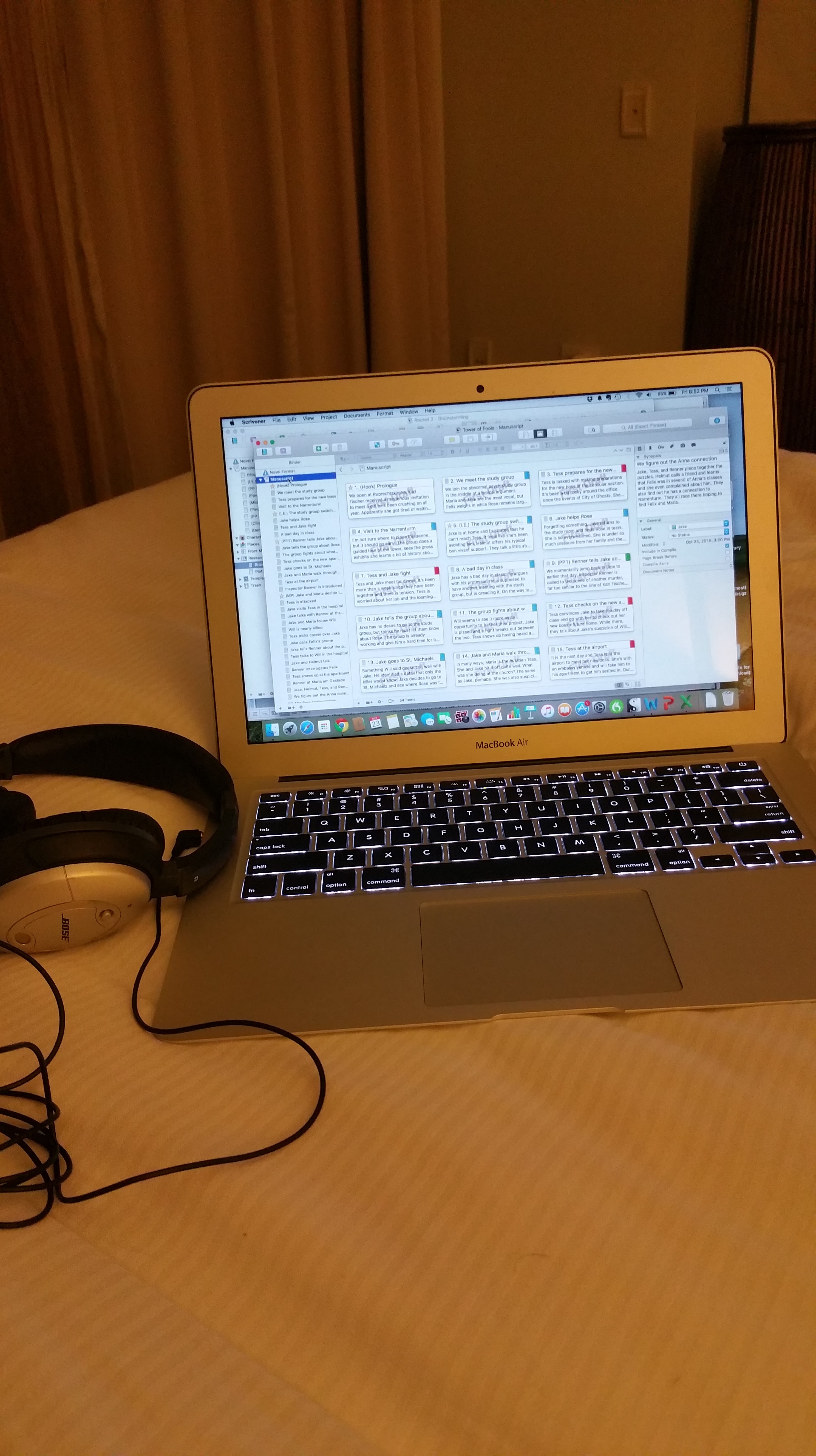 I have a desk with a beautiful iMac on it. I almost never write there. Instead, I use my Macbook Air and write on the couch, at the dining room table, or in a café. I’m trying to pull dictation into my routine using Dragon Dictate and a small recorder. The technology works great, but I haven’t yet trained myself to dictate as well as I can write. Hopefully, I can get this going, as it would really increase my output. At the moment I spend more time on the editing side though so it is a wash.

Just get it out. I first realized I could write a novel during NaNoWriMo and that taught me to just get the words on the page. You can’t edit what isn’t written so I just try to get it down as quickly as possible. My first drafts do come out fairly clean though and I think that is in large part due to the planning on do on the front end before I start the draft.

I’ve played with a few different systems, but I do count my words. Scrivener has some word count tools built in, but for my current work in progress, I created a new Excel spreadsheet that tracks my words and allows me to set goals. It was mostly a way to procrastinate from writing that day, but I did end up with a helpful spreadsheet.

My Vienna mysteries are around 70,000 words and the first drafts have taken around 6-7 weeks. Collection, the first Rocket Malone book, is around 55,000 words and was done in 4 weeks. It’s in first person POV and I find it easy to get into the voice so it goes quite a bit quicker.

Like I mentioned earlier, the first draft isn’t too bad. Certain rough around the edges, with some pacing problems and definitely grammar mistakes, but the story is pretty solid. I wouldn’t publish them in this state, but I also wouldn’t be entirely embarrassed to show it to someone.

I do the first pass through on the computer again. I tried printing it out and marking that up, and while that worked, it felt like a waste of paper to me. I don’t think I caught more mistakes on paper than I did electronically.

I have a few different editors I’ve worked with. I clean up the most egregious errors of the first draft, but then I send it off to the editor for her to get started. She takes a few weeks on that first edit and sends it back to me with a focus on the big picture things to fix: pacing, motivation, character and story issues. After I re-work that, I send it back to her and she does another complete edit. Usually this one is more focused on grammar, but also looks at what I’ve changed. I get it back again and make more changes. Then the third edit is a proofread. In theory, after that, it is good to go.

You can find Shawn on his website, City of Ghosts (link) and Collection (link) – Reviewed on Raven Crime Reads Here. 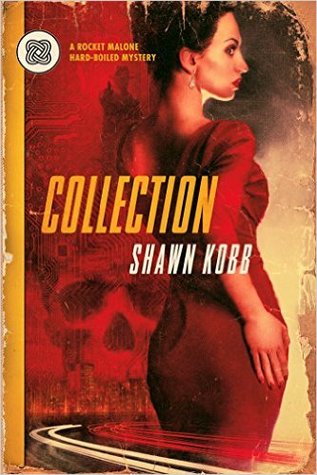 Disgraced ex-cop Rocket Malone makes a living collecting the memories of the rich. How does he do it? Simple. He cracks open their skulls and yanks out the implanted hardware. It pays the bills. At least, it would if he wasn’t swimming in gambling debts.

Called to the scene of a grisly murder, Rocket runs into a small problem. His client’s head is missing, along with the memories it contains. A beautiful woman, a mysterious foreigner, and an eccentric billionaire all believe Rocket can find the missing memories, and each is willing to pay dearly for the information.

Finding this dead man’s memories just might be the solution to Rocket’s problems.

And if Rocket can’t find the missing head in time? The people who’ve hired him aren’t the sort who take “no” for an answer.