Today I have A J Waines on the blog as part of her blog tour and she’s talking about the inspiration behind her latest novel, Dark Place to Hide. Inspiration behind novels are always interesting topics and this one is no exception. 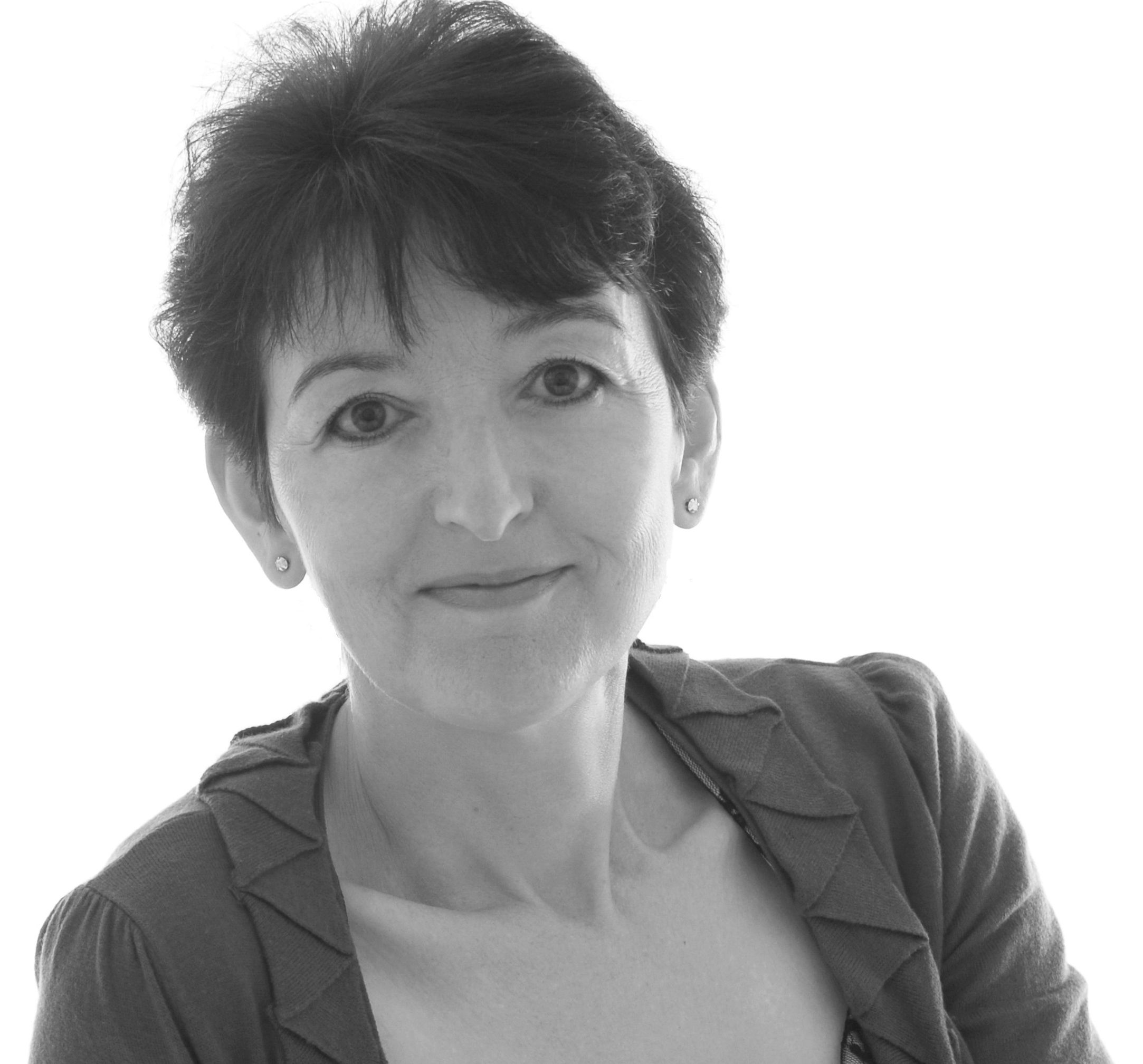 AJ Waines was a Psychotherapist for fifteen years, during which time she worked with ex-offenders from high-security institutions, giving her a rare insight into abnormal psychology. She is now a full-time novelist with an Agent and has publishing deals in France and Germany (Random House). Both her debut novels, The Evil Beneath and Girl on a Train have been Number One in ‘Murder’ and ‘Psychological Thrillers’ in the UK Kindle Charts. Girl on a Train has also been a Number One Bestseller in the entire Kindle Chart in Australia. In 2015, she was ranked in the Top 100 UK authors on Amazon KDP (Kindle Direct Publishing).

Her new psychological thriller, Dark Place to Hide, was released on July 30, 2015.

The Inspiration Behind the Book – Dark Place to Hide

The inspiration behind all my books comes essentially from two main areas – an interest in psychology and a fascination with problem-solving. As it happens, these two themes came together in my earlier career, when for fifteen years I was a Psychotherapist in London. The experience I gained from this, especially when working with ex-offenders from high-security institutions, came in very handy when I started writing psychological suspense novels!

As a therapist, I am fascinated by the hidden persona and unseen worlds people create and inhabit. What you see when you meet most people is nowhere near what you get! Take, for example, those words most of us say every day: ‘How are you?’ ‘Oh – I’m fine,’ is the usual response. But with my clients, what I always wanted to know was – ‘How are you, really?’ I loved the unique privilege of being able to climb inside another person’s mind and help them see what they were unable to see for themselves – and then help them find a way out of their muddle by discovering who they really were and what they wanted.

As a reader and now a fiction writer, I’m hooked on mysteries. I love clues and the uncertainty that comes with not knowing what is going on at the opening of a book. I love secrets, lies, deception and mistrust – not in real life – you understand! Just within the safety of a novel that gradually reveals the truth.

The starting point for Dark Place to Hide was the idea of a misunderstanding that clashes with a secret. I’d just read a wonderful book by Claire King, The Night Rainbow, about a young child struggling to grow up when no one takes much notice of her and I wanted to write about a child in different circumstances. For my sub-plot, I chose a plucky seven-year-old girl who retreats into the world of fairy-tales – and no one is sure why. Is it because she was trapped in the dungeons of a castle after a day trip? Is it because her mother is dying from cancer? Or is it something else entirely?

Each of my novels (The Evil Beneath and Girl on a Train) features a lead character with skills that give them a special edge for solving crimes. In Dark Place to Hide, the lead is a criminologist who always notices more detail than anyone else. His wife goes missing under confused circumstances after a secret he’s been hiding comes to light. Then the little girl I mentioned earlier, disappears in the same village. So, like my other books, there’s a deep mystery running through two seemingly unrelated stories and the troubled protagonist has to try to piece everything together – desperate to find those who are missing – while the clock is ticking.

A novel often needs tiny seeds like these to spark off my intrigue and excitement. I write quite quickly (Dark Place to Hide took around three and a half months for the first draft). Once I’ve got the plot worked out (sweat and tears), I usually can’t wait to get the story down! 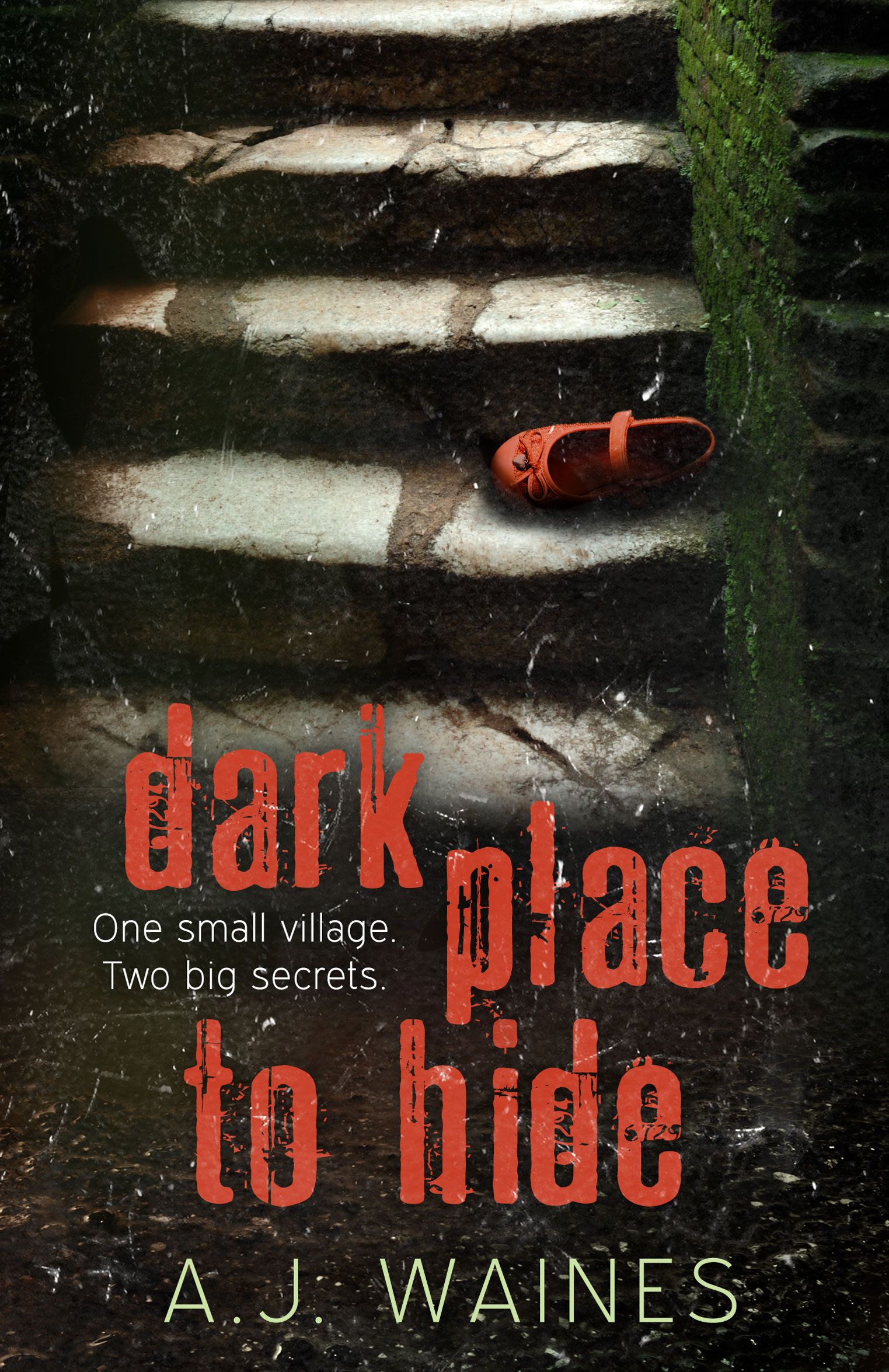 She’s trying to tell you – if only you’d listen…

About to break the news to his wife, Diane, that he’s infertile, criminology expert, Harper Penn, gets a call to say she’s been rushed to hospital with a miscarriage. Five days later, when Diane fails to return from the village shop, police think she must have taken off with a secret lover, but Harper is convinced the online messages are not from her.

In the same Hampshire village, plucky seven-year-old Clara has retreated into a make-believe world after an accident. Then she, too, goes missing.

As Harper sets out on a desperate quest to find them both, he has no idea what he’s up against. Could the threat be closer than he thinks? And is there a hidden message in Clara’s fairy tales?

DARK PLACE TO HIDE is a chilling psychological mystery with a cold-blooded deviant lurking at the core. 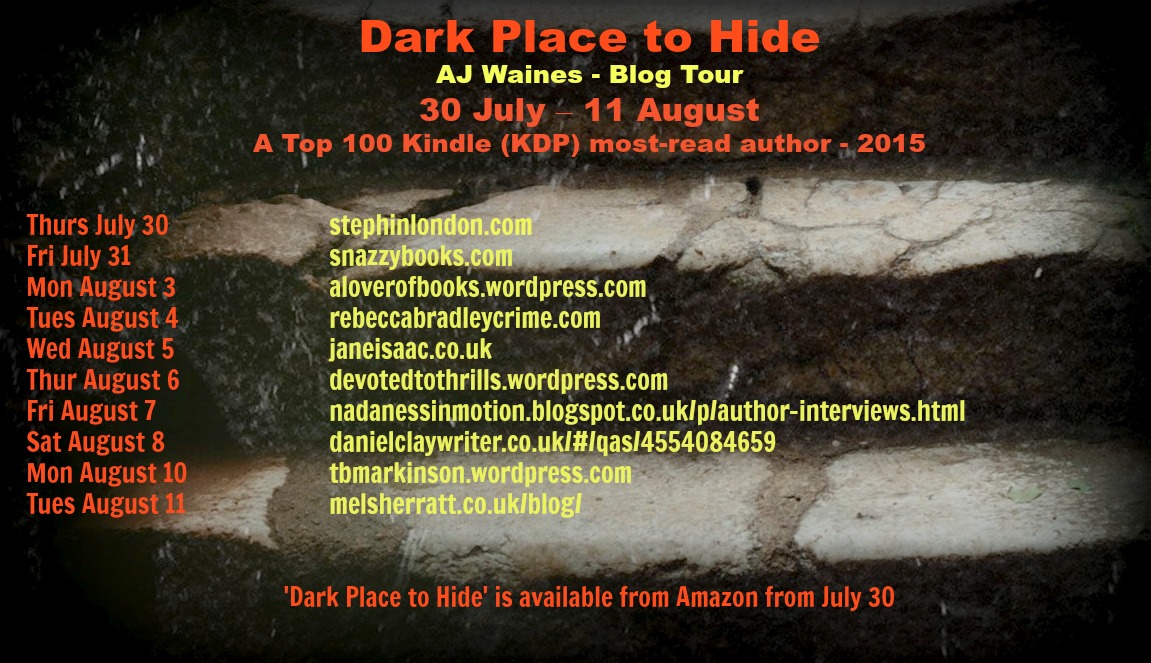