Today I am pleased to welcome crime writer, Douglas Skelton to the first draft hot-seat. 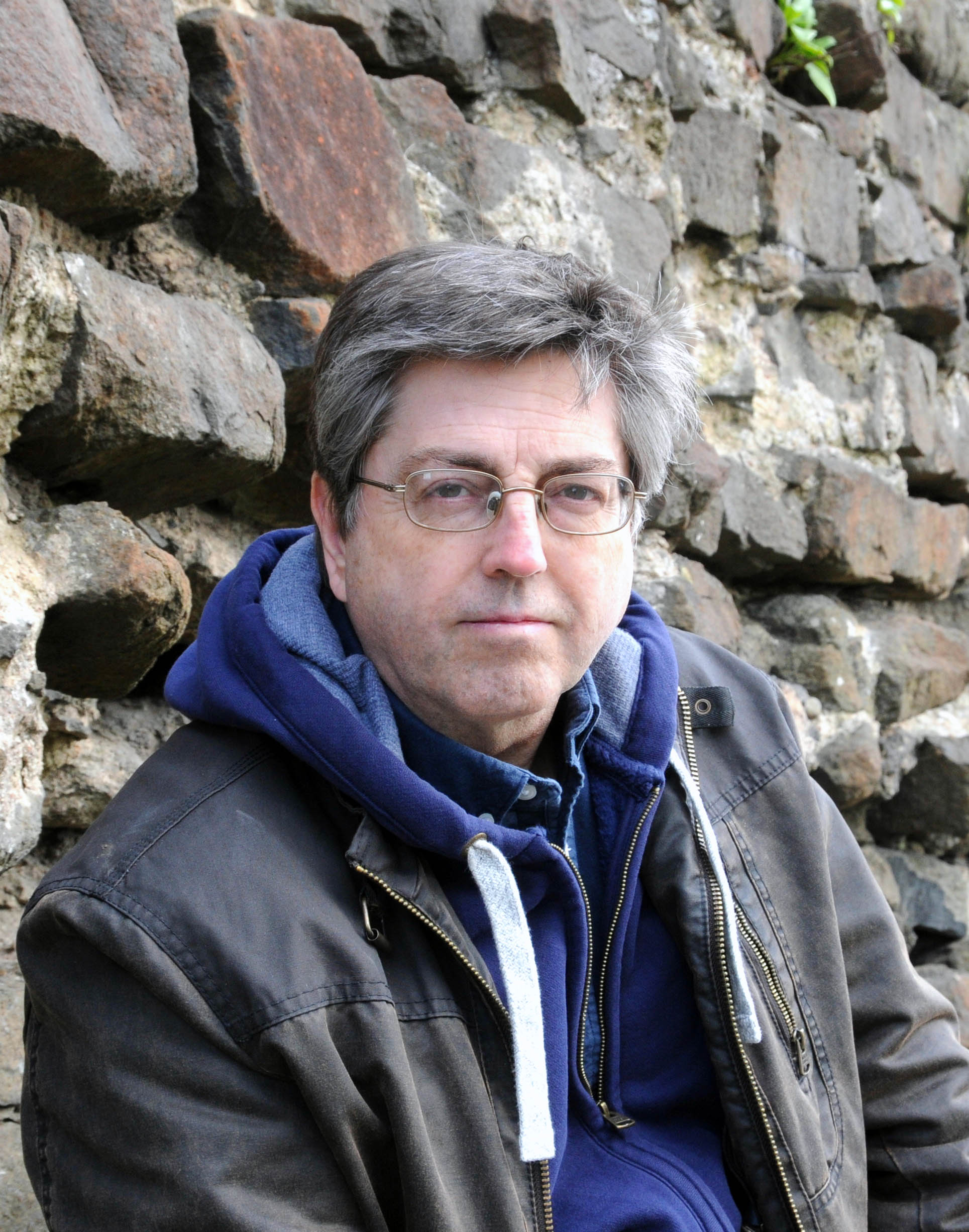 Douglas is a crime writer who specialises in non-fiction and fiction from the darker side of our world. His non-fiction charts the true life exploits of murderers, criminals and cause celebres. His fiction focuses on the underbelly of Glasgow – Scotland’s biggest, industrial and working-class city; with a history of tobacco barons, Victorian elegance, manufacturing, gangs, culture and the Commonwealth Games. A hard but sentimental city. A city with a fierce and abiding heart.

Once I have the original idea I will decide what I need to know to allow me to begin. This may entail hitting one of the many non-fiction books that litter my shelves, a trip to the library or a chat to one of my more knowledgeable friends. There may be more I need to learn but I do that as I go along.

I’m not organised enough to plot or plan. Once I have the original notion and I’ve found out what I need to know, if anything at that stage, I begin writing, see where the wind blows me.

Straight to keyboard. My handwriting is so appalling I’d never be able to read it again.

For the non-fiction, very important. For the fiction it’s a need-to-know basis. I like my fiction to have the ring of truth but it IS fiction. 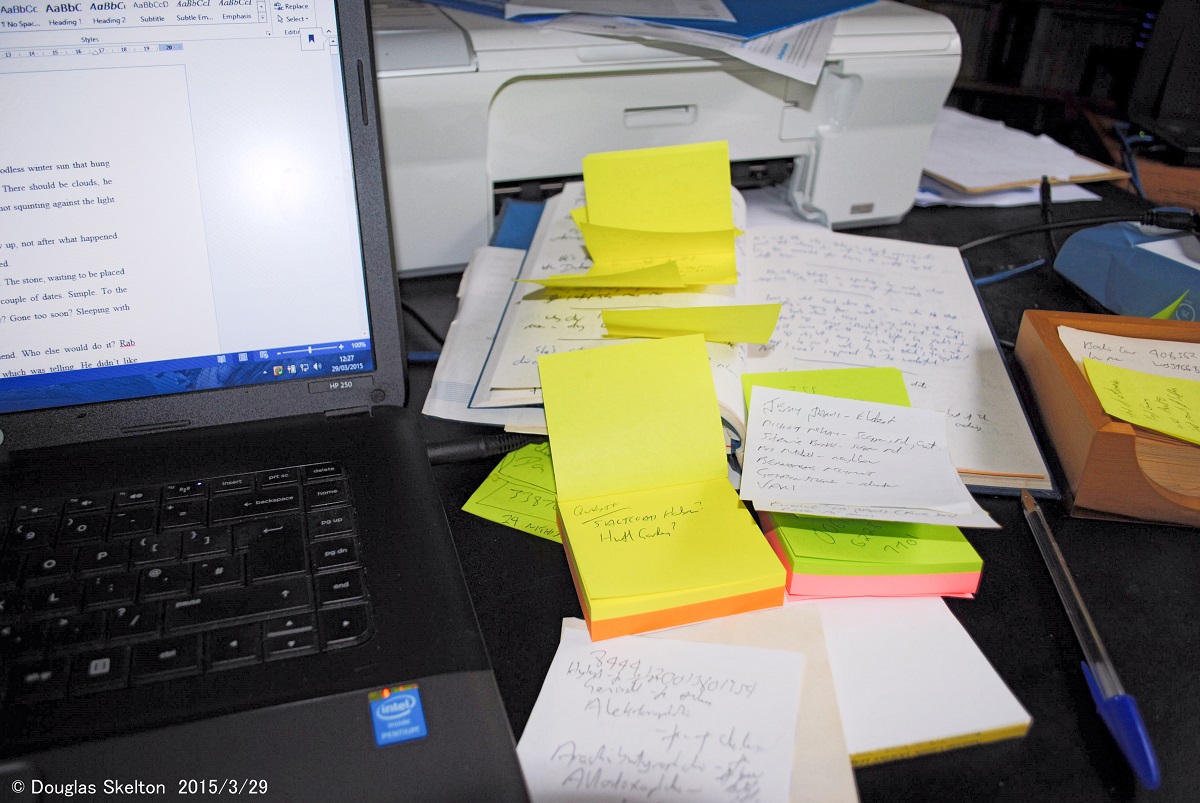 I have a sturdy bound notebook at the moment in which I jot down random story ideas, opening lines. I have another notebook in which I will jot down one-liners or bits of dialogue. My desk is also littered with post-it notes covered in scribbled bits of information.

Very slowly. Because I don’t plan there can be a great deal of chopping and changing. I may have an opening in mind when I start but that can change if I think of something better as the story progresses. I’ll get that first draft down and really it’s merely the spine of the story. Subsequent drafts add layers.

Music, no matter what draft. I have to have music. I’m a big fan of film scores so that’s generally what’s in the background.

The outside world is there, outside my window, so I can’t really ignore it. However, when I’m really in the zone time can fly past – apart from making tea and having a comfort break. I’ve got two dogs so there has to be a certain timetable for their benefit. I have taken to logging off Facebook while writing so that I’m not tempted to see what people are up to.

Very messy. I’m not the tidiest of people. I work in a room filled with books, CDs and – well – rubbish that I just can’t bring myself to throw out. My office space is always a work-in-progress. My desk is constantly cluttered. I tidy it but the gremlins come in overnight and mess it up again. 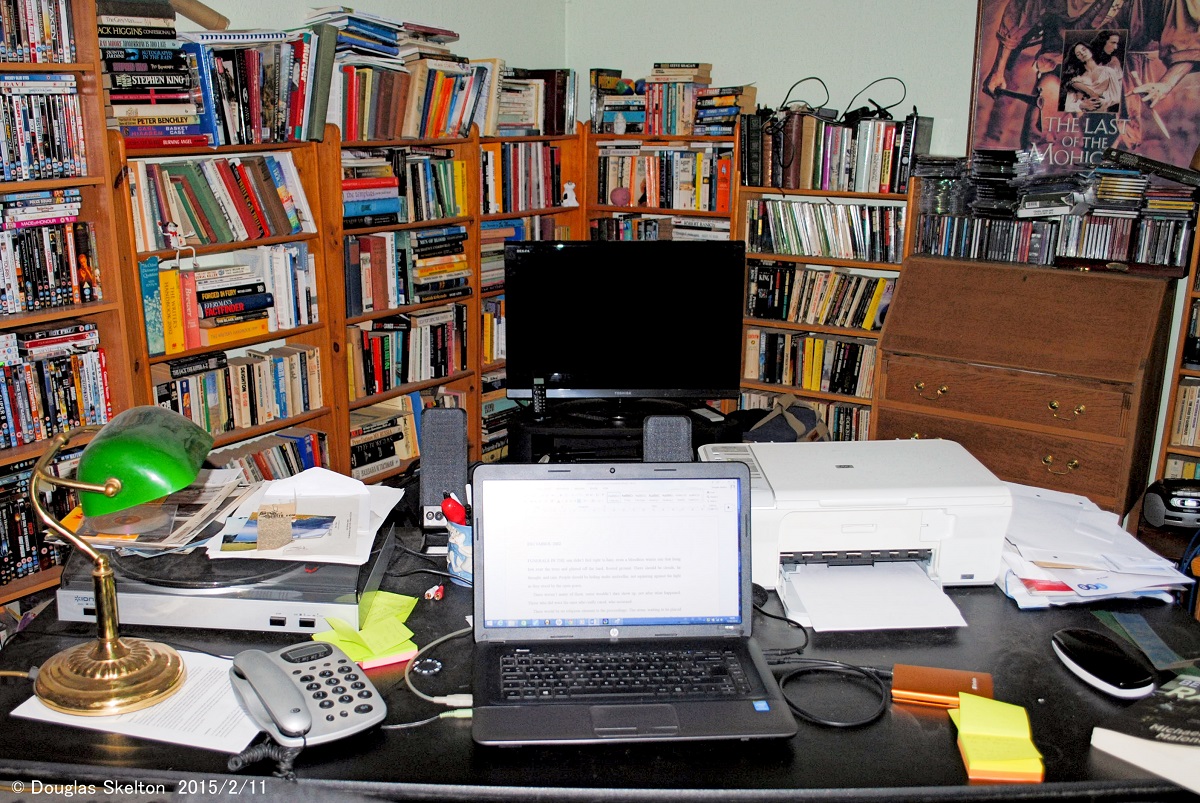 A bit of both. I like to get a good run at a draft but sometimes I feel something is just so badly wrong I’ve got to fix it.

I do keep an eye on the words and it’s good to see that you’ve had a productive day, as long as the words are satisfactory. But for me progression is a gut feeling – do I feel as if I’ve had a good day? I may have written only a couple of hundred words but I’m very happy with them, so that’s a good day. On the other hand, I may have written two to three thousand words in a day, I know they’re not perfect but it pushes the plot along and I know I can fix them later.

It varies. Coming from the world of journalism, where speed is valued, I like to get a first draft down in six weeks to two months. I’m not one of those writers who says that their first draft is more or less what appears in book form, so it’s nowhere ready for anyone to see. I’ve a long way to go yet before I’m in any way happy. If ever.

I don’t print until after the third run through of the text, so everything is done on the screen. And I don’t have an e-reader!

The work really begins. As I said, my first draft is really just getting the spine of the book down. Yes, the characters will be there, yes, there will be dialogue. But there may be sections missing. I don’t mean purposely but by the time I get to the end I may have thought of another plot twist or a neat character or a dialogue exchange or a bit of colour. These may be noted on one of the many post-it notes or just lodged in my head – always dangerous because I do forget things. I may also have some facts to check. The first draft is what I’ve hacked out of my head with a chisel and a hammer. After that I’ve got to plane it down, sand it, smooth it until it’s as good as I can make it, given my deadline. At least until the editor gets stuck in. 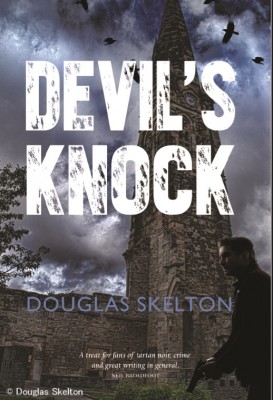 When the devil comes knocking,you either tell that bastard to get the hell away, or you invite him in.
Davie McCall has darkness inside him. A darkness that haunts him, but also helps him do despicable things to those trying to cause him and his friends harm. When Dickie Himes is killed in a club owned by the Jarvis clan, it sparks a chain of events that Davie knows can only lead to widespread gang war on the streets of mid-’90s Glasgow. The police are falling over themselves to solve the crime, but when justice is so easily bought or corrupted, Davie needs to take matters into his own hands. Davie has to contend with the ghosts of those he has failed, a persistent Hollywood actor and a scruffy dog with no name. When he finds a target on his back,  be able to suppress the darkness inside him and refuse to kill…Or will the devil’s knock be too tempting?