The Venus Trap by Louise Voss 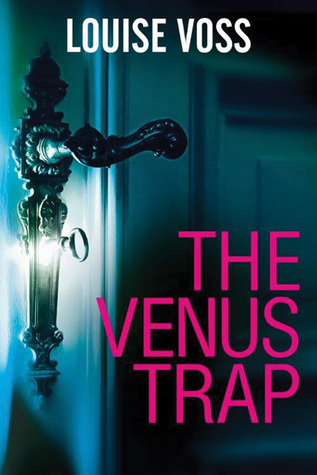 Jo Atkins’ sixteenth year was disastrous: she lost her dad, was assaulted by a stranger, and then had her heart broken. For the last twenty-five years, she’s believed that nothing could ever be as bad again.

Now, still smarting from her recent divorce, pretty, self-effacing Jo finally gathers the courage to enter the dating scene. She meets Claudio, whom she vaguely remembers from her youth, but after a few dates decides he’s creepy and politely tells him ‘thanks but no thanks’.

But Claudio has no intention of letting her go.

Instead of never seeing him again, Jo wakes up sick and terrified, handcuffed to her own bed. She is given a week to prove her love for Claudio—or he will kill her.

Claudio, it turns out, is a man with nothing left to lose.

The Venus Trap tackles the emotional impact of divorce, the perils of modern dating and the age-old powers of lust and obsession.

I’ve heard comments that this isn’t a typical crime novel. Mostly in the vein that it’s different to what Louise writes as part of a duo when she’s writing with Mark Edwards, but do you know what? She’s a writer and writers are allowed to stray and explore and do what they want to do and this is what Louise has written and I for one am really glad she did.

It most definitely is crime. Jo is handcuffed to her own bed when she wakes up and it’s not a sex game gone wrong. Claudio, the man she went on a date with is threatening to kill her if she doesn’t prove her love for him in a week.

Jo knows Claudio from way back when she was at school. He’s a part of her history so the novel looks backwards at Jo’s history, how she got to where she was, to dating a man who would have her tied to a bed threatening to kill her and very obviously willing to go through with it if she doesn’t do as he says. It looks at relationships and how we react during and after them. Domino effects. All while Jo is locked up and wondering if she is going to get out of this situation with her life.

To find out if she does or if the effects of her life and her decisions lead her to a sticky end, you will have to read The Venus Trap yourself. I loved it and tore through the pages very quickly. My reading mojo is most definitely back!