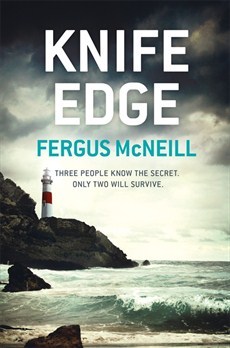 He didn’t intend to let her get so close.

But now that Kim’s become important to him, Robert Naysmith decides to tell his girlfriend his deadly secret. He wants her to recognise the power he holds.

He hopes he won’t have to kill her.

Detective Inspector Harland hasn’t forgotten the serial killer who got away from him. But with nothing to go on, he fears he will never bring him to justice.

Until he is seconded to investigate the brutal murder of a woman in her Bristol home. A random attack, a murderer who has carefully covered his tracks… alarm bells start ringing.

Then Harland meets Kim. One last game of life and death is about to begin.

I’ve been in a bit of a reading blip for about the past two months to be honest and where I was reading 2-3 books a week, I have been lucky to read 2 books in a month recently and reading this slowly affects how I interpret a book. I like to get into it and really feel it, but when you’re bitting and bobbing with it and never really getting a feel for it before you put it down again, it’s difficult to assess how you feel about it. That’s why there have been so few reviews from me of late.

I started Knife Edge in a similar vein, a steady slow read, but I was lucky in that I had read the previous book to this, Eye Contact, so I knew the characters involved and already had a feel for them. You can find my glowing review of Eye Contact Here. The writing was still the wonderfully written style I had come to expect of McNeill from his debut novel and I was mesmerised by what was playing out between Naysmith and his partner. How a killer tells his girlfriend what he is and how her reaction is made somehow believable.

Then something changed. I got my reading mojo back with this book. I found I couldn’t put the last third down. On the cover of the book it says

Three people know the secret. Only two will survive.

so I knew that out of Naysmith, Kim and the DI Harland, one of them wasn’t going to make it by the end of the novel and what I can tell you is McNeill is really clever because it’s not clear-cut at all as to who is going to die out of the three. I was racing through the pages and my mind was constantly going through scenarios and then changing them. All possibilities were open as to who could die. It is brilliantly written and fantastically executed. It’s smooth and explorative of human relationships as well as being exciting and murderous. It is so well-balanced. I’m really glad I found McNeill’s books. I’m looking forward to reading more by him.

With thanks to Fergus McNeill and publisher for my copy.