Today I’m excited to have Quentin Bates on the blog talking about his first draft process. 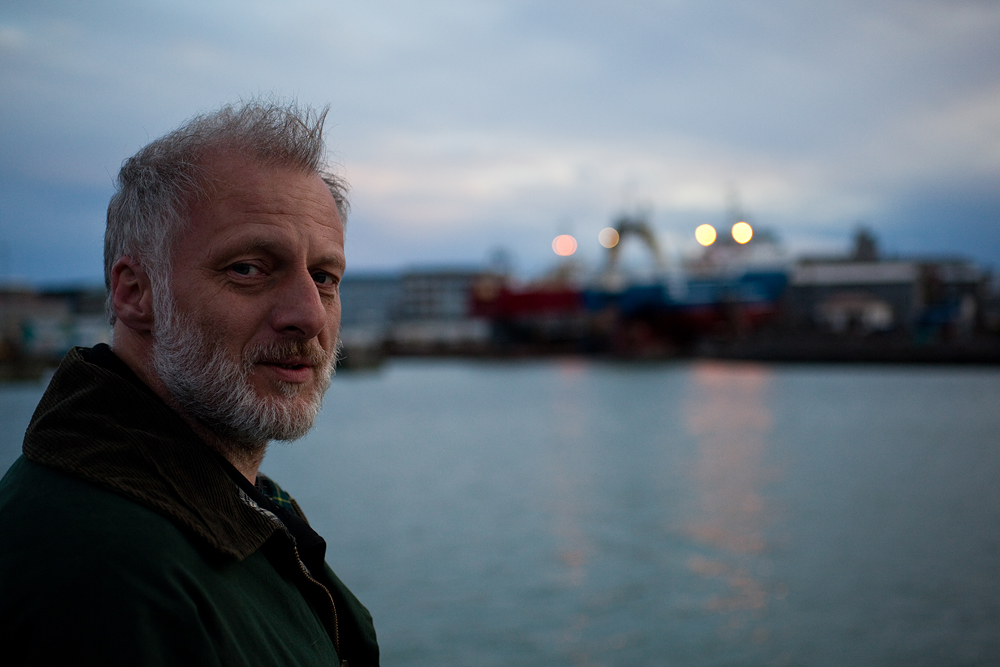 Quentin escaped English suburbia as a teenager and found himself working in Iceland, where his gap year eventually became a gap decade, along with a new language, a new profession and a new family acquired in the process.

He trained as a ship’s officer before unexpectedly side-stepping into an obscure branch of journalism and from there into fiction. The Gunnhildur novels were born of his intimate knowledge and fondness for Iceland and its people, plus a fascination with the turmoil of the country’s recent history.

He is also translating the novels of Ragnar Jónasson, Snowblind and Nightblind, into English, published by Orenda Books.

Normally I either think about it for far too long or not long enough. It tends to start with a particular incident or situation that might not even become part of the finished book, but which kicks it all off. Mostly it’s a character or a group of characters that set the ball rolling, and once I have a clear picture of them in my mind, I can start typing.

I don’t have a set routine, although the laptop on the kitchen table seems to be the most productive place to work.

Keyboard every time. A few years ago I injured my right hand, sprained my thumb (yes, a thumb can be sprained, and it’s not pleasant) so now I can only write half a dozen sentences in longhand before I have to stop.

This is an awkward one. Research is important, but I don’t set out beforehand to do much research. At the moment I’m in the early stages of working on something very different to what I’ve written so far, and I’m not sure yet if it’ll ever be finished.  As it’s historical, it’s going to call for a lot more research than I’m used to doing and I hope I can find the time to do all the reading and poking around in obscure museums that it’s going to need.

If there’s anything specific that comes up, then I’ll find out what I need to, but it’s not something I do at the start of the process. I have a few regular sources of information I can call on for technical details. As my books are set in Iceland, research is more about being there and taking in the atmosphere for a week or two at a time, listening to the radio, reading the papers, talking to people and getting a feeling for what’s happening and what people are really thinking.

I’m not great at this… Things get scribbled down on the backs of envelopes and stuffed into pockets. I normally have a notebook with me and am trying to discipline myself to use it. I gave up using a heavy SLR camera quite a while ago and switched to a compact, which I found I actually use more like a notebook than a camera. I generally store everything in one folder on the computer and pull stuff out when needed, but still find myself searching for those elusive envelopes.

Tell us how that first draft takes shape? Do you have a set routine to approaching it?

I seem to have two or three stories on the go any one time and the rough theory is that one will become a novella, one will have enough meat on the bones to become a full-length book and one will probably be abandoned. I like the novella format, as my publisher is less concerned about what I can do or can’t do, so it provides opportunities for bending the rules that I wouldn’t otherwise get away with.

I’ve noticed that the last couple of books centre initially more on the bad guys than on my rotund heroine, so their parts have generally been written before she appears on the scene, so two or three narratives develop independently until they start to mesh together.

So there’ll be a few opening chapters, which might well eventually end up in the middle of the book. That’ll get tinkered with and thought about a lot, before I finally think there’s enough to get working on it. After that the first draft generally takes shape fairly rapidly, with some rough editing as I go. Once I’m more or less happy with it, I’ll print it all out and hack away at it with the red pen, then back to the computer to make the big changes until it’s a second draft that’s in good enough shape to be shown to my editor or my agent. Then there might be major changes asked for, or none at all.

No rituals or special items other than a table and a chair. When things get sticky, then an hour spent clearing the decks of distractions is a big help.

The outside world can disappear for a couple of hours, but it’s rare to get longer than that without an interruption of some kind. I wish I could turn off emails, phones, etc, but it can’t be done. But I will vanish from social media for a week or two, which is an indicator that things are going well.

My main workspace is in the shed, which is in fact a pretty posh shed, and it’s also cluttered with piles of day job stuff, hence the need for periodically clearing the decks. The other workspace is the kitchen table and that’s a better place for writing fiction, with the added advantage of being closer to the kettle and the fridge. 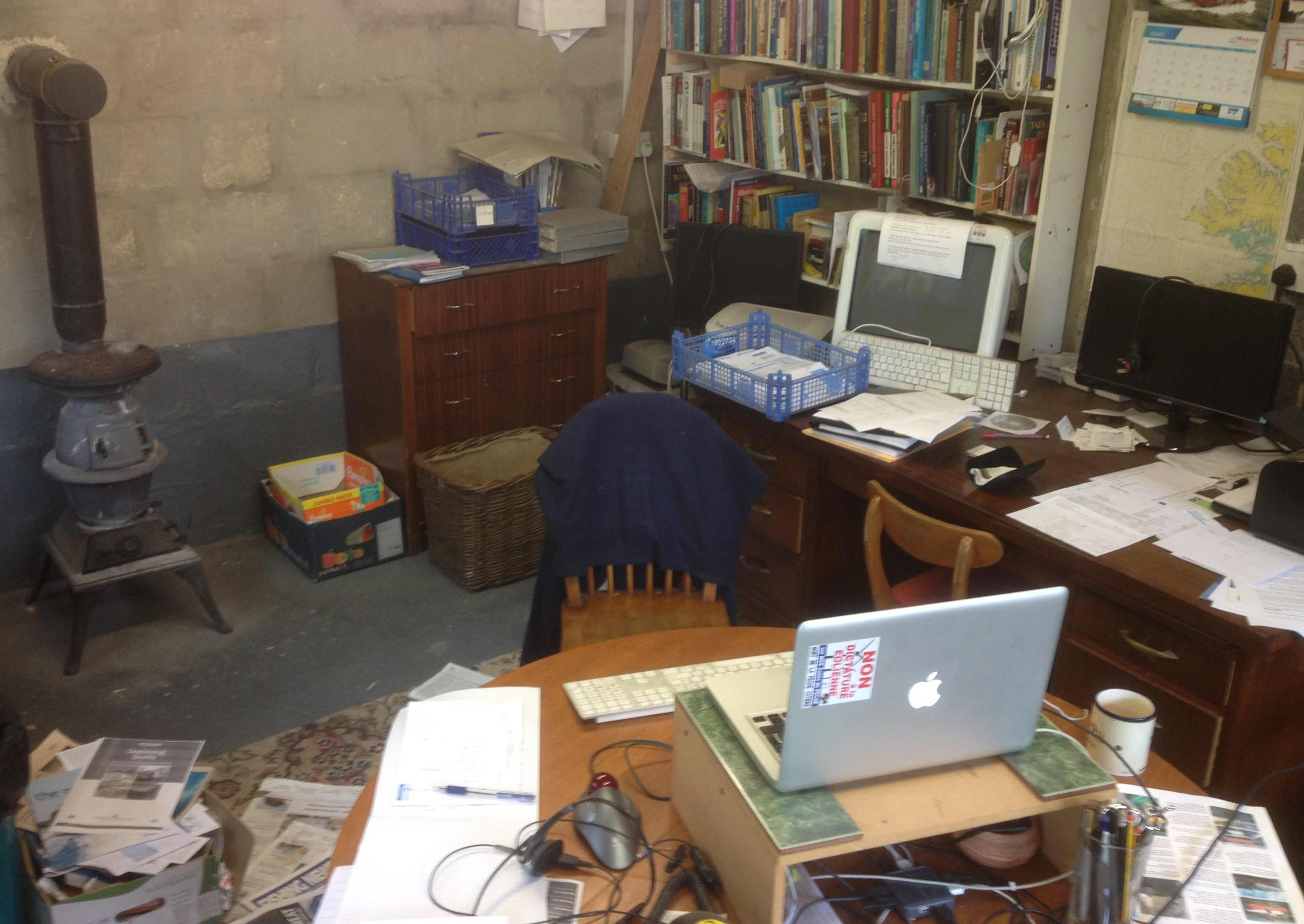 I’ll rough edit as I go, and then come back for a more comprehensive edit at intervals.

If I forget about the clock and the word count, then I know I’m doing something good. I don’t follow word counts slavishly, just try to be sure of making progress every day. I’m Mr Thousand Words. I seem to write in chunks of 900-1200 words, whatever I’m writing, an article for a magazine, a chapter of a book or a blog post. 1000 words seems to be my natural habitat.

The first draft of the e-book novella that has just been published was written in three or four bursts of activity over a couple of months in between other work. Then it lay dormant for a long time until I had time to look at it again, plus the publisher wasn’t sure if they wanted it or not, so there was no great urgency and I toyed with the idea of publishing it myself until they decided they wanted it after all. It came together quite quickly when I took a second good look at it and it needed some tidying up, but in general it was a fairly smooth process to get the first draft  into an acceptable state. 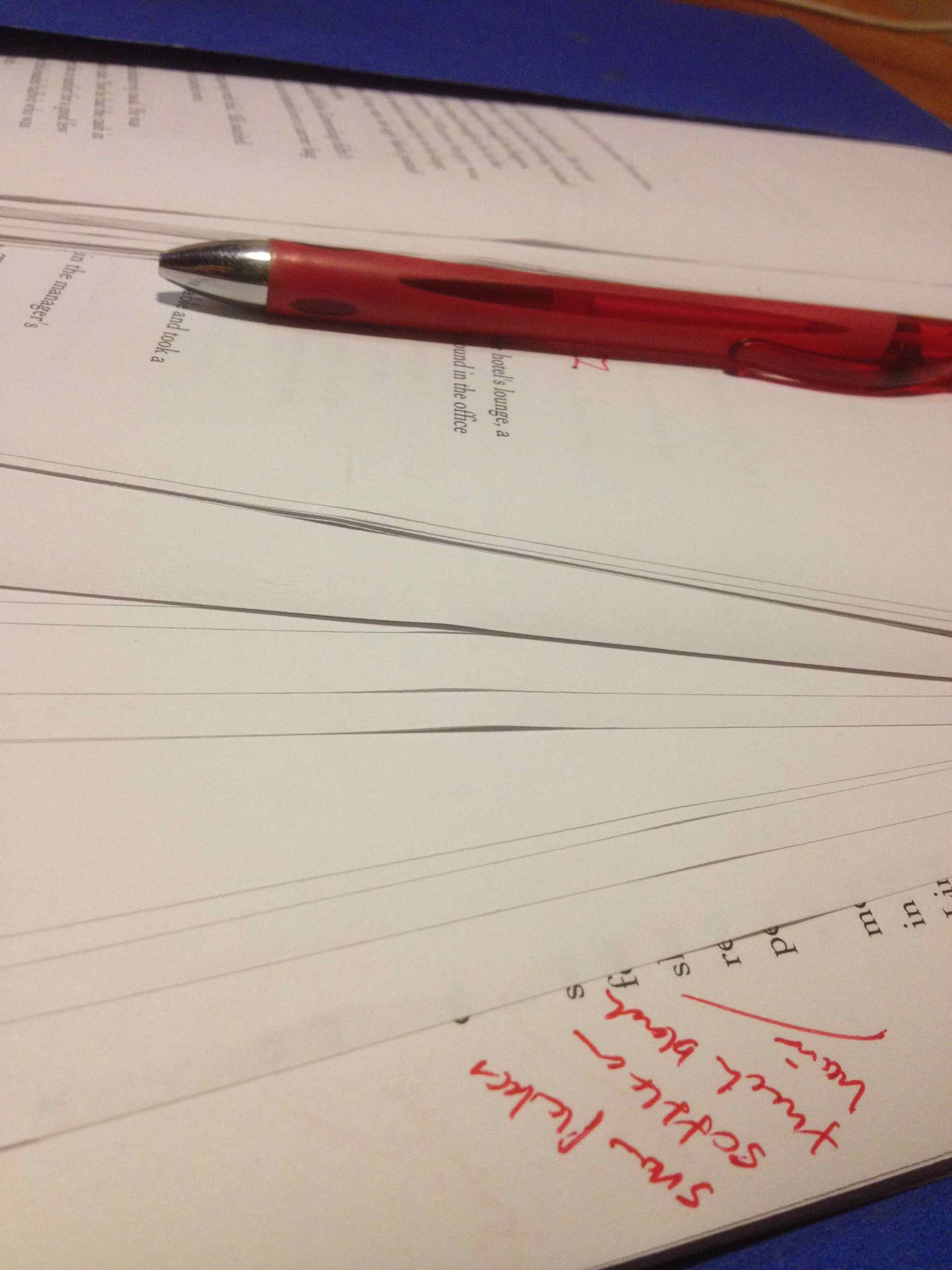 Paper, always paper. There’s nothing like the brutal red biro for hacking at a first draft, or a second or third draft.

This time a couple of people read the draft and made comments on items that needed attention. So what went to my editor and then the copy editor saw a second draft. The copy editor did her stuff, but asked for no major changes, so it was a remarkably stress-free process this time. It’s much the same as the process I’m used to for a full-length book, except that while there’s more leeway for bending the rules, there’s also less space to do so.

Thanks for digging into the depths of the first draft Quentin. It’s been a pleasure having you.

You can find Quentin on his website, Amazon author page,  and the website for the Icelandic crime festival, Iceland Noir, he organises. 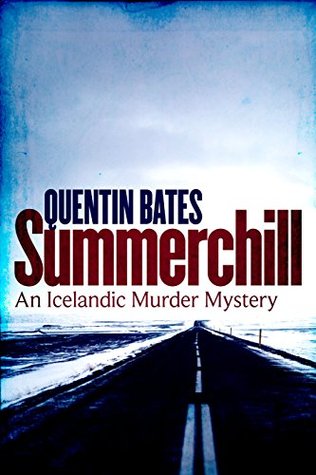 It’s the tail end of a hot summer when half of Reykjavík is on holiday and the other half wishes it was. Things are quiet when a man is reported missing from his home in the suburbs. As Gunna and Helgi investigate, it becomes clear that the missing man had secrets of his own that lead to a sinister set of friends, and to someone with little to lose who is a fugitive from both justice and the underworld. It becomes a challenge for Gunna to tail both the victim and his would-be executioner, racing to catch up with at least one of them before they finally meet.