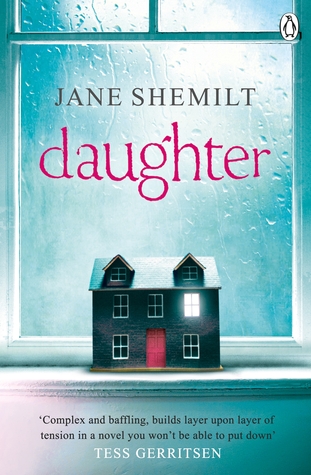 Jenny is a successful family doctor, the mother of three great teenagers, married to a celebrated neurosurgeon.

But when her youngest child, fifteen-year-old Naomi, doesn’t come home after her school play, Jenny’s seemingly ideal life begins to crumble. The authorities launch a nationwide search with no success. Naomi has vanished, and her family is broken.

As the months pass, the worst-case scenarios—kidnapping, murder—seem less plausible. The trail has gone cold. Yet for a desperate Jenny, the search has barely begun. More than a year after her daughter’s disappearance, she’s still digging for answers—and what she finds disturbs her. Everyone she’s trusted, everyone she thought she knew, has been keeping secrets, especially Naomi. Piecing together the traces her daughter left behind, Jenny discovers a very different Naomi from the girl she thought she’d raised.

This novel isn’t quite crime in the way you usually read a crime genre novel. Though, thinking about it, it probably is, but because you are coming at it from a slightly backwards and forwards angle at the same time it has a completely different feel about it. You will also notice that under the genre category at the top, I’ve listed psychological and mystery, not just crime, because the book is more about these aspects, the effects on the family, than the missing child. And no-one really knows what, if any, crime had occurred other than they are looking for a missing child.

The story is told from the viewpoint of Jenny at the time just before, as Naomi goes missing, and after, then about 14 months later where you see the complete and devastating effect something like this has had on the family.

It’s a story of the unraveling of a family. As secrets are discovered and how in extreme circumstances you cope with those. What I found as the book continued to open up to me was how brilliantly Shemilt had woven everything together. It’s not easy running two different timelines and then planting the secrets waiting to be found out at a later point. It was done flawlessly.

At first I found Daughter a little difficult to get into and I’m not sure why. Maybe it’s because I didn’t know what to expect or because the prose was so beautiful it just didn’t sit with me that this was going to be a great ‘mystery’ read. I’m one of those readers who think that there are too many books and not enough time, so I do put books down if I’m not enjoying them and I considered doing that, but something about Daughter was holding my attention and I’ll tell you what, I’m so glad it did. As I continued reading I became more and more sucked into Jenny’s world. Her sense of loss and her confusion as she found out she didn’t know the people closest to her were so beautifully and breathlessly portrayed I just couldn’t look away. I think I read the last third of the book in one day.

Do we find out what happened to Naomi on that fateful night, in the later timeline? I think that’s one for you to find out yourself. All I can say is that Jane Shemilt wrote this so beautifully, I will be thinking about this book for a while.

With thanks to Netgalley, the publisher and author for my copy.