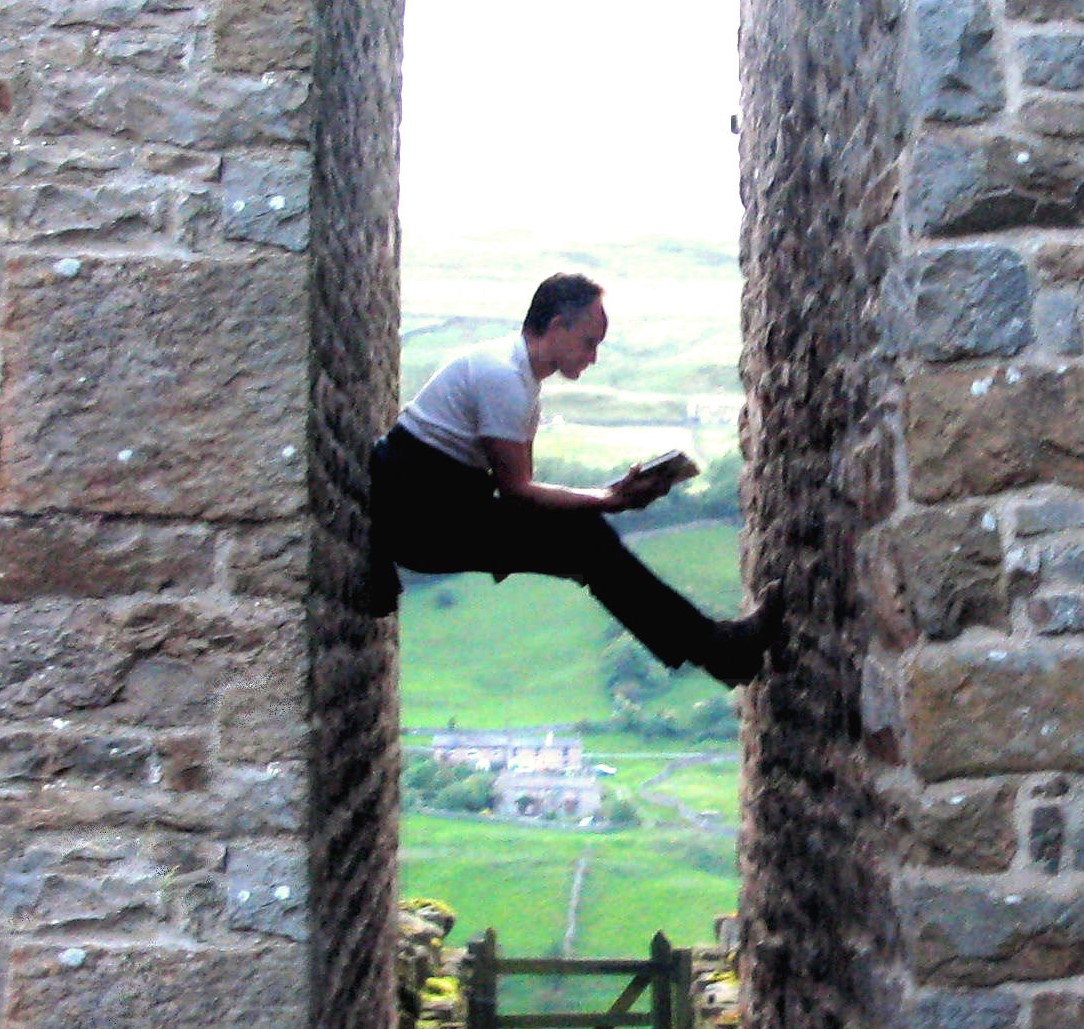 Forty-something. Married. British. Kids. Living in Oxfordshire. Runs The Writers’ Workshop. Used to be a banker. Now a full-time writer. Likes rock-climbing, walking, swimming. Done.
When you decide to write something new, what is the first thing you do?

Drift around for three months or so waiting for ideas to come fluttering in.

I write a book a year, so I usually spend the summer dealing with the final edits on the previous manuscript. I make sure I get together with my editor and my literary agent. I also try to get the rest of my work life in order, so that I can burrow away from the world in autumn/winter.

Straight to keyboard. What’s a pen?

Not very. That’s kind of a crime when it comes to police procedurals, but my books are more like police unprocedurals . . . that just happen to be set in a busy city police headquarters. I don’t mind that some authors like to research very intensively, but it strikes me as weird the idea that research is and should be at the heart of crime fiction. Why should it be? The novel is, at is heart, an imaginative act and the characters, the writing, the story should have primacy. That said, I do always try to get my facts straight and if I chose to ignore something, I am normally aware that I’m choosing to ignore it.

As I say, I don’t do much. I do always make sure that I write with a good internet connection, though: I find the net invaluable for a million odd little facts. Also, because I write first person in a woman’s voice, I do always find myself checking details of clothes, shoes and that kind of thing, because women speak about those differently from men. That’s fine – it’s easy research to do – but then I get followed around by those remarketing ads asking me, ‘Would sir like a nice skirt for summer? A pair of skinny jeans, perhaps?’ Sir doesn’t, but I won’t say he isn’t sometimes tempted . . .

Um. Another embarrassing answer. I don’t store anything ever. If it sticks in my head, it doesn’t need storage anywhere else. If it doesn’t stick, then I didn’t care about it anyway.

I write in a pretty linear way, one chapter after another. I’ll certainly have periods where the work surges forward, but mostly it just comes pretty steadily. 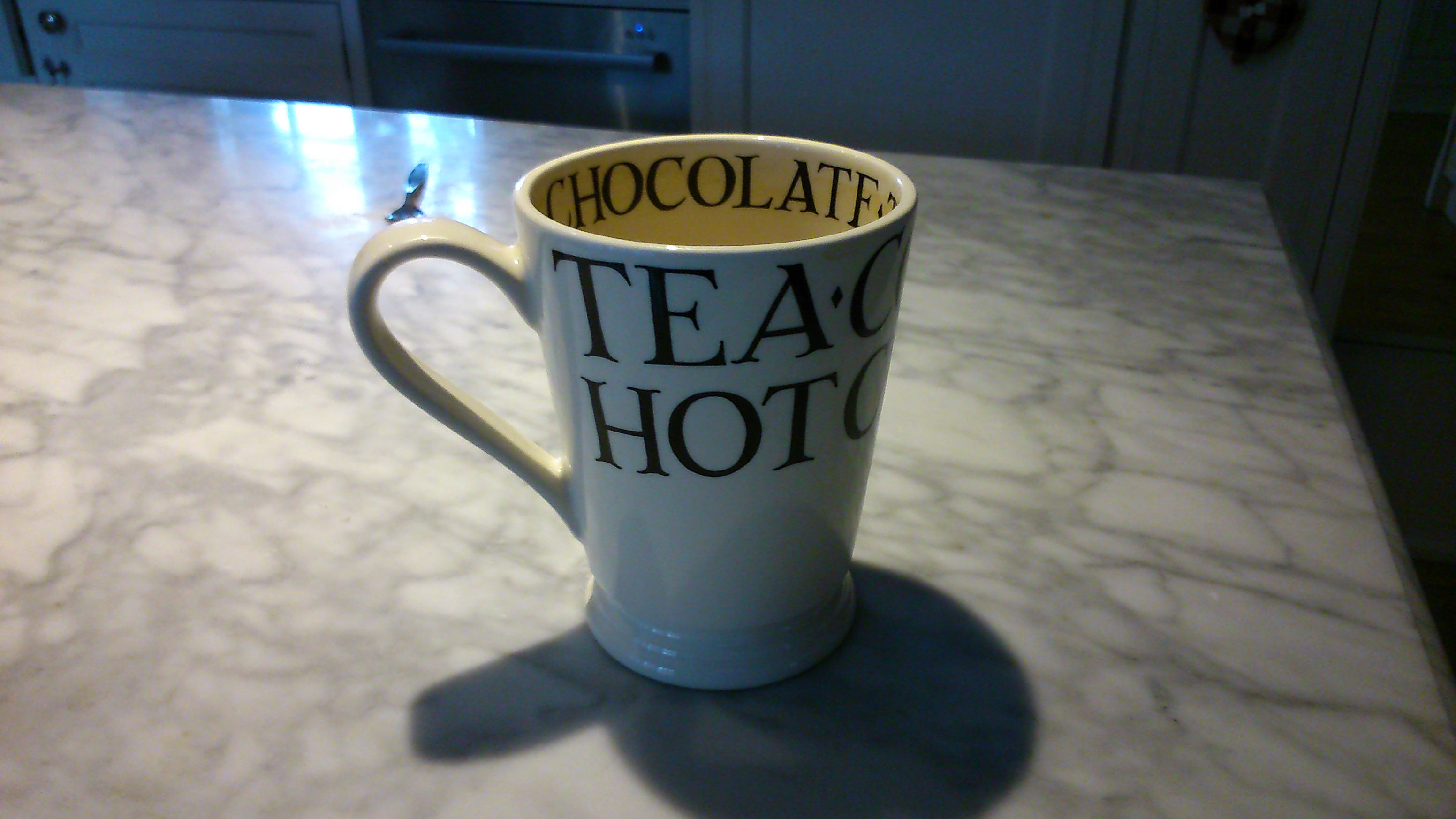 I’d love it, I’d really love it, if the outside world just shrivelled up and disappeared, but I have two eighteen month old kids and two businesses to manage. (The Writers’ Workshop offers editorial services and creative writing courses; Agent Hunter is a tool that helps writers locate literary agents.) I’ve got brilliant people looking after those businesses for me, but they do demand a trickle of time nevertheless. And the kids? We tried letting them go feral and just scavenge through the winter, but that didn’t really work out, so it seems they need some attention too.

Your question assumes I have a workspace, but I write anywhere at all. I do like going to Jaffe & Neale, a wonderful bookshop that also runs a little cafe. If it’s sunny, I usually write outside. If it’s sunny and cold, I usually write outside with a million scarves and coats on and stay there until I can’t feel anything in my fingers. I can write on a sofa, or at a desk, or just sitting on a cushion on the floor. I’m not Mr Structured, me.

I do edit as I go, not to the point of obsession, but as a working practice that helps me capture the flow from the previous day. So I’ll typically tinker around with the previous chapter or two before finding the juice that will carry me through a new one.

I don’t give a damn, in all honesty. I like writing, which means I don’t have any sense that I’m painfully clawing my way to a longed-for release. On the contrary, I’m normally sad when I come to the end of a book: I miss it. And I’m also aware that the muse doesn’t deliver in set units. Some days, I’ll scratch around filling in little logical holes and patching earlier gaps. Those things don’t give much sense of forward progress, but they’re just as important as the days when I really hit a vein and the work surges forward.

Maybe five or six months. And it’s in pretty good shape, partly because of the editing I’ve already done and partly because I’m a fairly practised author now. (The novel I’m just completing will be my tenth, but there have been a few works of non-fiction too.)

I don’t have an ereader and I can’t be bothered with paper. So I read as I wrote, on a laptop. 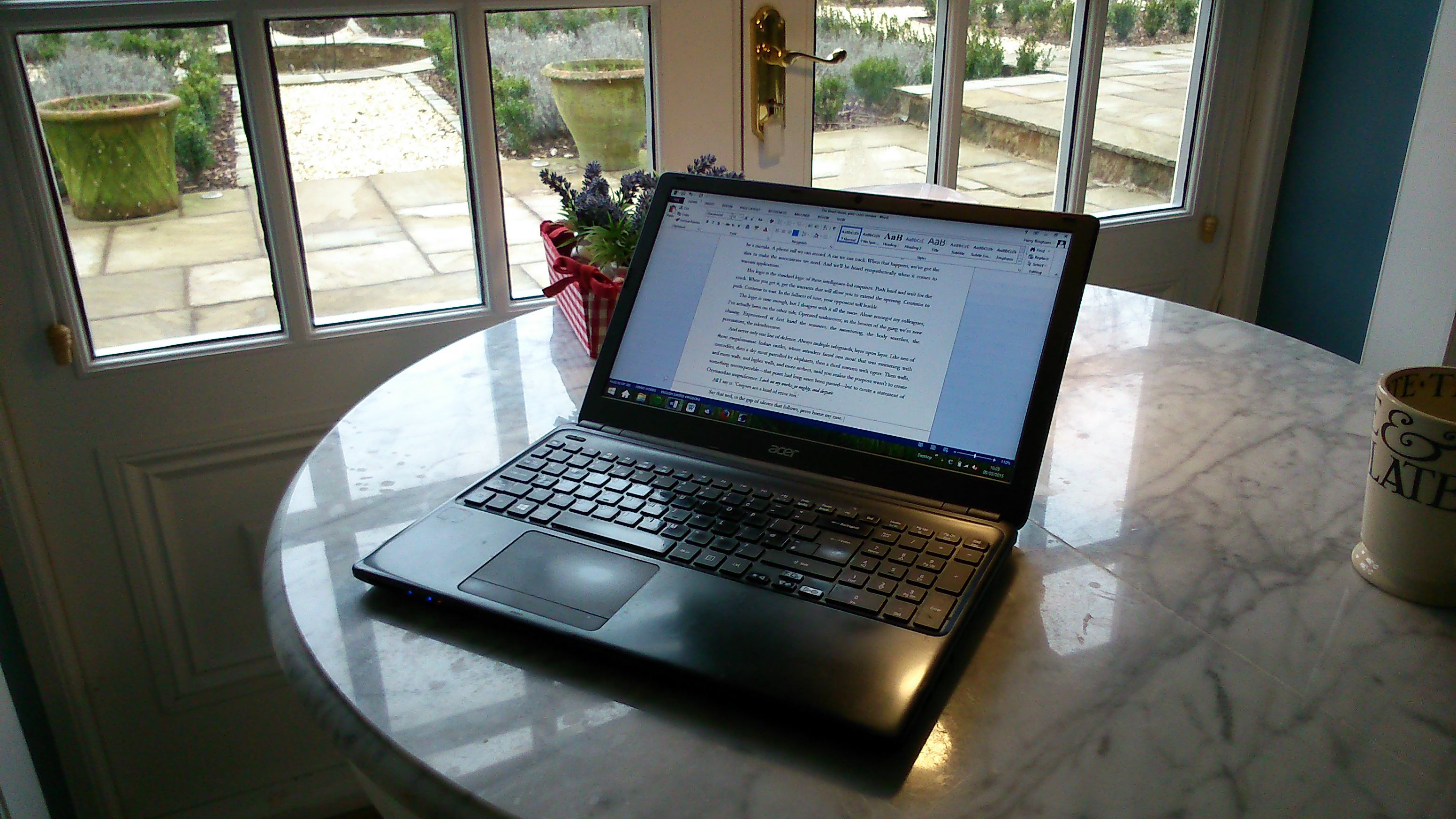 I’ll go on editing. I love the work, because it’s putting a polish on a story and set of characters that I now feel very close to. I’ll go on editing until I really can’t justify it any more, then off the book goes to my literary agent and my editor. I’m always nervous when I send it, but the response is usually a nice one.

My books – my writer website, with info on all the Fiona Griffiths books.

Writers’ Workshop – courses, editing, and the ever fabulous Festival of Writing.

The Strange Death of Fiona Griffiths 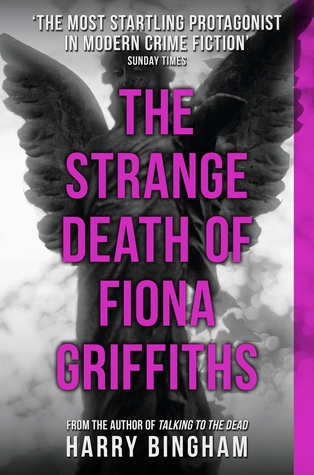 When DC Fiona Griffiths says ‘yes’ to her policeman boyfriend, it’s an affirmation that she wants finally to put her psychological breakdown behind her, and become a resident of ‘Planet Normal’ like everybody else. But she still can’t resist the challenge of an undercover policing course, and finding it remarkably easy to assume a new identity, she comes top of the class. So when an ingenious payroll fraud starts to look like the tip of a huge criminal iceberg, Fiona is selected to infiltrate the fraudsters’ operation. Posing as a meek former payroll clerk now forced to work as a cleaner, Fiona Griffiths becomes Fiona Grey, hoping the criminals will try and recruit her – knowing that if they discover her real identity, she’s dead meat. But as Fiona penetrates deeper into their operation, coming closer to identifying the mastermind behind it, she faces another, even more frightening danger – that her always fragile grip on her sense of self has now been lost and she may never find her way back.