Today I am thrilled to welcome Louise Voss to the blog to talk about her first draft process. 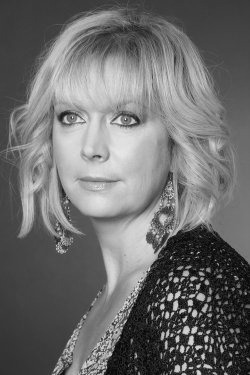 Louise has been writing for the past seventeen years, with many twist and turns in her career. She started her publishing life with four novels for Transworld/Black Swan, the first of which, To Be Someone, was published in 2001 with its own CD soundtrack.

To Be Someone was followed by three more contemporary women’s fiction novels, Are You My Mother?, Lifesaver, and Games People Play, until she successfully switched to publishing thrillers with Mark Edwards in 2011. She and Mark were the first British indie authors to reach No.1 on the Amazon charts with Catch Your Death, where they stayed for the month of June 2011, with their novel Killing Cupid also at No. 2. This led to a four-book deal with Harper Collins.

Today Louise is a hybrid author, ie. self-publishing her solo novels and continuing to publish with Mark. Thomas & Mercer have just published From The Cradle, their fifth novel together, and her first solo thriller, The Venus Trap is out now.

If it’s a book of my own, I write a page of the roughest of notes about the premise…and then usually ignore it for the next six months.  It will be in the back of my mind, but it takes me ages to take the plunge and get stuck in.  (Unless it’s a co-written book with Mark, which always involves a preliminary meeting with wine and endless circular chats, out of which we somehow manage to extract the beginnings of a plot). What I write first doesn’t necessarily end up as the first chapter, though.

No, not really.  I wish I did!  The only thing I usually start with is a main character rather than an event or incident.

Not hugely. I normally do it on a ‘need to know’ basis as I go along.  Some novels require more than others, though.  I remember doing a lot of research about aromatherapy and adoption for my second book Are You My Mother? and quite a bit about the pro tennis circuit for Games People Play.

I prefer to talk to people face-to-face than to conduct exhaustive research online or in books. I’m not averse to reading the odd complementary book on a subject, but not usually more than one.  But I’m a strong believer in ‘write what you know’ – or, frequently, ‘write what a friend knows’!  I have friends who have been, or are, pro tennis players, aromatherapists, actors, popstars… and all of these occupations have featured in my novels.  When it comes to geographical research, Mark and I generally take turns in setting our books in places we each know well.  We once came a bit of a cropper describing a place that neither of us had ever been – entirely incorrectly, as a reader on Kindle pointed out!  Luckily this was when we were self-publishing, and it was easy to fix. So we’ve not made that mistake again.

My new novel, The Venus Trap, didn’t require any research at all because it’s all either set in the protagonist’s flat, where she’s being held hostage, or it’s extracts from her teenage diaries. Oh wait, yes it did – I did a bit of research on 1986, fashions, music, politics, for the diary entries. But that was fun.

Again – Scrivener.  It’s a marvel.  Pre-Scrivener it would be on index cards (see attached photo) or in folders on my desktop – both physically and digitally. 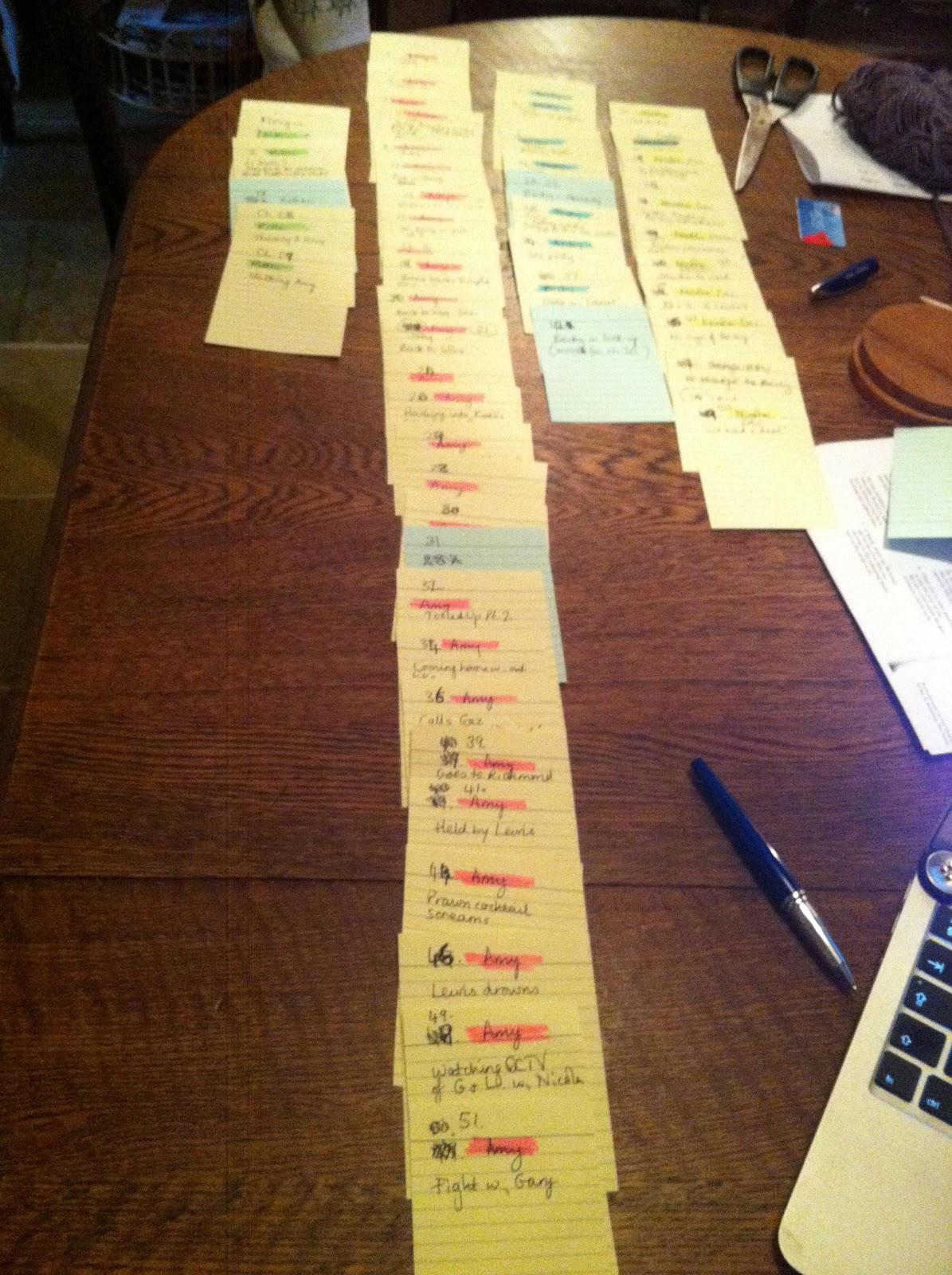 No need for index cards anymore, with the arrival of Scrivener!

I write in a pretty linear way, once I get going.  Mark and I do when we co-write, too.  It’s rare that we jump around a lot from one part of the draft to another – mostly because we only plan in chunks of about 10-15 chapters ahead.

Um – no!  Lots of tea.  However, I do always have the twelve steps of the Hero’s Journey – as described in Christopher Vogler’s excellent book The Writer’s Journey –

to hand in case I get stuck, plotwise.  It’s helped me out of a few holes.

Ha ha, I wish it were the latter!  This does happen sometimes, but usually I’m very aware of the outside world.  I tend to write as much in the café of my gym, or in coffee shops, as I do at home.  When I’m at home I’m too liable to be distracted by cats trying to lie on the keyboard, washing to be done, the fridge to graze out of…and my bed.  Oh, the siren call of the afternoon nap!  Best avoided by leaving the premises.

I do everything on my Macbook so my work space is wherever I happen to be sitting – or standing.  I’m trying to do more work standing up as I have a compressed disc in my neck caused by spending too much time hunched over a computer, so currently my workspace is the kitchen counter with the Macbook resting either on top of my Nespresso machine, or my bread machine.  Right next to the fridge.  Dangerous.

Keep getting the words out…

Just a word counter.  I’ve always aimed for a thousand words a day, when I’m doing that first draft.

Nine months, like gestation… I always think it’s in fairly good shape – until an editor gets hold of it, obviously.

Probably e-reader for the first go through it, although could be any of the three, depending on various factors like whether my printer has any ink in it, whether I can be bothered to buy paper, where I’m going to be over the days ahead.  Ereader definitely the best to read on, but the hardest to make notes on.

I do another draft, maybe give it to a couple of readers and incorporate their suggestions, but probably nothing too major will change until the editor gets involved.  That’s when all hell breaks loose… although, seriously, that’s my favourite part of the process because I know it will end up as a far better book. 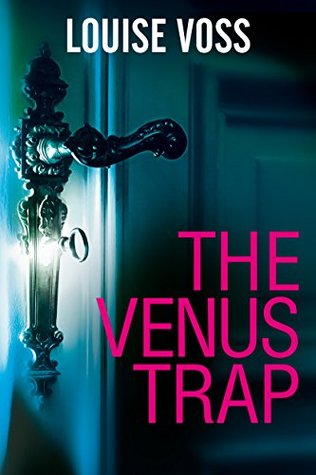 Jo Atkins’ sixteenth year was disastrous: she lost her dad, was assaulted by a stranger, and then had her heart broken. For the last twenty-five years, she’s believed that nothing could ever be as bad again.

Now, still smarting from her recent divorce, pretty, self-effacing Jo finally gathers the courage to enter the dating scene. She meets Claudio, whom she vaguely remembers from her youth, but after a few dates decides he’s creepy and politely tells him ‘thanks but no thanks’.

But Claudio has no intention of letting her go.

Instead of never seeing him again, Jo wakes up sick and terrified, handcuffed to her own bed. She is given a week to prove her love for Claudio—or he will kill her.

Claudio, it turns out, is a man with nothing left to lose.

The Venus Trap tackles the emotional impact of divorce, the perils of modern dating and the age-old powers of lust and obsession.

You can find all previous First Draft authors HERE.

Contact me if you wish to do the Q&A.