I want to let you know about e-book pricing, what I’ve found has happened and has worked for me over this past few days and you can take away any thoughts, nuggets of wisdom, or not, for yourself, should you find any. 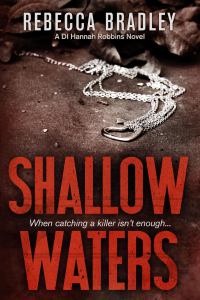 This weekend I put Shallow Waters, my police procedural crime novel on a price promotion discount over all the countries it was selling on and the platforms, Amazon and Kobo. It equated to about half price. In the UK, it was discounted to from £1.99 to 99p and in the US it was discounted from $2.99 to $1.49.

The reason for this was to see if it would help move sales along any. I’d released it just over a month ago. I had good daily sales and was making some money on the 70% option of Amazon’s pricing plan. But it was steady and I’m a little impatient. I wanted to experiment. To see if a promotion would help or hinder; 1. My income with the drop to the 35% income bracket and 2. The sales ranking of the book itself.

I decided it was a weekend only offer as I didn’t expect to sell enough books to make what the 70% was making me, but the great thing about being an indie author is you can experiment to your heart’s content.

So, the weekend is over and what have I found?

I have found that the drop in price has increased my sales and increased them enough to be making me per day, what I was making at the original price where I was earning 70% of the sales. The increased sales have also moved the novel up the sales chart, thereby increasing visibility of the book and hopefully garnering it more sales.

So with that evidence collated from the weekend, I shall be continuing the promotion for an unknown period of time.

I had thought the day of the 99p e-book was over and authors were pricing their work higher. The Amazon top 10 chart is filled with books at higher prices and yet I have found sales have gone up. I can’t promise it will stay on promotion because these recently sold books may not be read, and then may not be reviewed. Sales may drop off and putting it back up may be the sensible thing to do. It’s the thoughtful decisions that come with publishing your own book as I’ve found.

Pricing your e-book is not a decision to rush into. You need to think about it and consider the reasons behind the decision. But also realise you can change your mind at any given time.

For me, Shallow Waters is staying on promotion, on Amazon UK, Amazon US (all others) and Kobo.