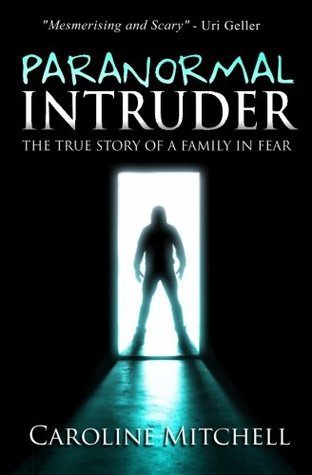 An innocent family finds itself completely helpless against the sudden onset of paranormal activity in their quiet rural home. A knife embedded in a kitchen cupboard, crockery smashed by invisible hands, and blood-chilling growls emit from thin air. Caroline and her husband Neil search for answers as they try to protect their family from the unseen entity that seems determined to rip them apart. The biggest question looms over them like a dark cloud … who is going to help us? There are emergency services for many things, but not of this nature. It might be easier to believe temporary insanity, if not for the vast amount of witnesses. Police, fire services, mediums, priests and investigators all become embroiled in the mystery. The family struggles to cope, and Caroline grows concerned for her husband’s failing health as he withdraws from the world. However, the entity has only just begun. Paranormal Intruder is the true story of one family’s brave fight against an invisible entity. Described as one of the best-documented cases of paranormal activity, this page turning book will stay with you long after you have finished reading it.

I don’t like being scared. I don’t watch horror films or that television programme where they go ghost hunting, but I read this book because I know the author online and she’s a serving police officer so I know whatever is in it is going to be truthful and not blown-up and exaggerated. This book is even endorsed by Uri Geller.

So what is inside this book? It’s an account from Caroline and her husband Neil of life with an unknown entity from the day it first started to the present day of ending the writing of the book. And after reading this, you can definitely call it an entity rather than anything else. It’s a bizarre read if you don’t particularly believe, but because Caroline is a police officer, it is written particularly factually rather than emotionally. Yes, she does tell you she is upset by events, but you don’t feel the fear so much, you just follow the events and I think that’s what is important in something like this. You need the facts rather than getting swept up in someones emotions of a situation. Lack of emotion helped me be able to read it as well, without being completely terrified and unable to read it!

The entity throws things, moves things, makes phones ring each other and speaks through them, or rather growls through them, it gets physical, it gets dangerous. It’s something I really don’t ever want to have to experience.

If you’re at all curious about whether this could possible happen, then this is an interesting read.