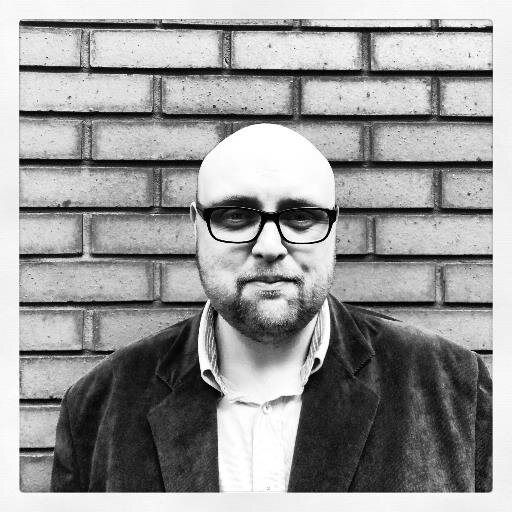 Steve is a practicing lawyer from Belfast (someday he might get the hang of it). His debut novel, The Defence, will be published by Orion Books on 26th March 2015.

The first stage for me is to kick the idea around in my head for a while. That initial idea has to be pulled apart, and while I’m doing that I normally have two or three other ideas and somehow and amalgam of those thoughts solidify into a single idea for a book. Then I just get started. No outline, no safety net. I figure out where the story starts and I get stuck in. For my first book, The Defence, two ideas really hit me at once and they formed the back bone of the book. I’m a lawyer during the day (I turn into a human at night) and in 2011 it occurred to me, while I was in the middle of cross examining a witness, that I had just conned the witness into admitting he’d lied under oath. I started thinking about it and realised that lawyers and con-artists actually share a lot of skills. It wasn’t until later that year that I realised this was probably an interesting thing to explore in a character. So I thought about the worst possible scenario for a lawyer who has to try a case. I normally think in the ‘what if’ kind of way. Out of the blue, it just hit me, while I was sitting on the sofa in my living room – what if a lawyer stood up in court to start a trial with a bomb strapped to his back and his client is holding the detonator? That’s a bad situation. As soon as I had that idea I immediately started thinking about how I could make that scenario worse, much worse.

I think you have to be disciplined about writing or it just won’t happen. With my day job, I don’t get a lot of time to write, and I ‘ve got two young kids and a wife who I love spending time with, so I normally start writing around ten or eleven at night and try to do as much as I can. And I try to write every day, but sometimes work or the kids or life just gets in the way. Before I start writing, I brew the strongest coffee I can tolerate, ingest as much as I can to jolt me awake and get going.

Oh, straight to the laptop every time. I can pretty much touch type, so it’s actually faster for me to type than write long hand. Plus my handwriting is awful.

Research is very important to me for three reasons. Firstly, my novels are set in New York City. I’ve never been to New York. Matter of fact, I’ve never been to the US. I read mainly US crime fiction and thrillers, and I grew up watching US TV shows and movies, so I feel like I know the city. I certainly know it enough not to have to stop during the first draft and research part of the city, I can get through it with my own knowledge but for subsequent drafts I will look at looks and the internet to make sure my descriptions are accurate. The second main avenue of my research is law based. The US trial process is very similar to our own, but I do research real cases, real statutes, and I consult textbooks to make sure that I know the legal procedure. Very little of that will get into the book, but I like to have the knowledge behind the writing. Again, I know enough for the first draft, but I will do research in subsequent drafts. Lastly, I do like to feature expert witnesses in the novels so I do a lot of research in those fields. For The Defence, I researched Forensic Document Examination and Graphology. And for the second book I’m knee deep in scientific papers on gunshot residue. Again, I rely on my own knowledge for the first draft, then check and research for the subsequent drafts.

There is so much you can get from the internet if you know where to look. Most of my legal research is case law and statute based, which I get from the net, but I do have textbooks on criminal procedure which I refer to from time to time.

I don’t really store anything, certainly not ideas. I read in Stephen King’s On Writing, that he doesn’t write down his ideas because he figures that the good ideas stick around in your head anyway. For research stuff, if I’ve read it, it’s stored. I’ve learned, over time, to assimilate a lot of information very quickly, so I don’t tend to store web pages or documents. It’s nice to have the textbooks to hand if I need to check something quickly.

Well, because I don’t outline, I have to be confident that the story I’m going to tell will sustain a whole novel. What I’ve tended to do is spend a lot of time getting the first few chapters right. Once I’m confident I have a solid base, I’m good to plough on until the end without looking back and editing.

Coffee and quiet. That’s all I need.

The outside world frequently interrupts my writing, mostly my job. If I have a trial coming up, in the week leading up to the hearing and for the length of the trial (which can sometimes be a couple of weeks) I can’t write at all. Because I have to know that case, inside out, I’ll constantly be thinking about the case. I don’t really have a choice as sometimes my work involves trials with twenty plus witnesses and thousands of pages of documents so I have to devote my mind to that, alone.

I write in my kitchen, in the chair that faces away from the window. Here’s a pic. I don’t have a study, although I’d like one, but I can’t seem to write anywhere else but this one space. Here’s a pic.

When I was writing The Defence, it took me a few weeks to get the beginning the way I wanted it. So I tend to edit at the beginning, making sure that I’ve got the reader hooked in solidly and then I can write the rest of the book without looking back at all.

I do tend to look at word counts but I don’t set myself a daily target. Sometimes I can bash out a couple of thousand words in a night, other times it’s a couple of hundred. Basically I keep going until I begin to get drowsy. Then I quit. On occasion I can go for three or four hours, other times it’s maybe an hour. Depends on the strength of the coffee.

I read the first draft on paper and I attack it with a sharpie as I go. If I had a gun to my head I don’t think I would be capable of transferring my manuscript onto an ereader. I also think it’s important to make the book look different to the eye while editing. So I write with the pages zoomed 150%, and I read on paper because the different format helps to cut out some of the blindness that infects you while you’re reading.

A read through, then an edit on the computer. Then more edits. I suppose I will go through up to eight or nine edits before I show it to anyone. That’s when the panic starts.

wants to save his daughter.

To read any of the previous First Draft Q&A’s you can check the list Here.

To be a part of the First Draft series, just get in touch and let me know.