Next Wednesday 20th July, we are reading for our Crime Book club, Murder in Mykonos by Jeffery Sigir. You can find details of the book club Here. It’s great fun and all new member are more than welcome and you have a week to read the current book.

As August is our first year anniversary – yes, can you believe we have been running a year! – we are going to vote on next months read from three that got away during the voting system during this past year. For any new readers of the blog, you can see the playlist of the book group meetings on YouTube Here.

So, the choices for next months read are;

Norwegian by Night by Derek B. Miller 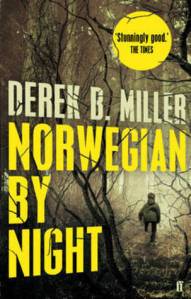 He will not admit it to Rhea and Lars – never, of course not – but Sheldon can’t help but wonder what it is he’s doing here..

Eighty-two years old, and recently widowed, Sheldon Horowitz has grudgingly moved to Oslo, with his grand-daughter and her Norwegian husband. An ex-Marine, he talks often to the ghosts of his past – the friends he lost in the Pacific and the son who followed him into the US Army, and to his death in Vietnam.

When Sheldon witnesses the murder of a woman in his apartment complex, he rescues her six-year-old son and decides to run. Pursued by both the Balkan gang responsible for the murder, and the Norwegian police, he has to rely on training from over half a century before to try and keep the boy safe. Against a strange and foreign landscape, this unlikely couple, who can’t speak the same language, start to form a bond that may just save them both.

Just What Kind of Mother are You? by Paula Daly

What if your best friend’s child disappears? And it was all your fault.

This is exactly what happens to Lisa Kallisto, overwhelmed working mother of three, one freezing December in the English Lake District. She takes her eye off the ball for just a moment and her whole world descends into the stuff of nightmares. Because, not only is thirteen-year-old Lucinda missing, and not only is it all Lisa’s fault, but she’s the second teenage girl to disappear within this small tightknit community over two weeks. The first girl turned up stripped bare, dumped on a busy high street, after suffering from a terrifying ordeal.

Wracked with guilt over her mistake and after being publicly blamed by Lucinda’s family, Lisa sets out to right the wrong. But as she begins peeling away the layers surrounding Lucinda’s disappearance, Lisa learns that the small, posh, quiet town she lives in isn’t what she thought it was, and her friends may not be who they appear, either.

Remember the person you sat next to on your first day at school? Still your best friend? Or disappeared from your life for good?

Some friendships fizzle out. Rachel and Clara promised theirs would last for ever.

They met when Rachel was the new girl in class and Clara was the friend everyone wanted. Now in their late twenties Rachel has everything while Clara’s life is spiralling further out of control. Then Clara vanishes.

Imagine discovering something about your oldest friend that forces you to question everything you’ve shared together. The truth is always there. But only if you choose to see it.

I look forward to seeing you next week!