I want to apologise to all Crime book club members for last nights short notice cancellation. I hope that I managed to get the message out to all who would have been attending. I put the message out on Twitter and on Google+ where the Hangout is held.

Briefly, what happened is bad planning on my part. The book club is held on the third Wednesday of the month so the date was set. What I didn’t click with was that my teenage daughter was returning that afternoon from her first holiday abroad and she wanted to catch up and order a takeaway, so family priorities came first. I need to look in my diary for clashes like that in the future to prevent such a thing happening again.

The next meeting is Wednesday 20th August and it looks all clear in my diary! The winning book for next months summer read is;

Murder in Mykonos by Jeffery Sigir 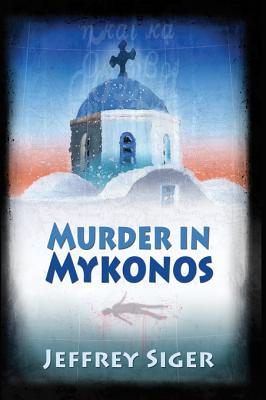 A young woman on holiday to Mykonos, the most famous of Greeceas Aegean Cycladic islands, simply disappears off the face of the earth. And no one notices.
That is, until a body turns up on a pile of bones under the floor of a remote mountain church. Then the islandas new police chiefathe young, politically incorrect, former Athens homicide detective Andreas Kaldisastarts finding bodies, bones, and suspects almost everywhere he looks.
Teamed with the canny, nearly-retired local homicide chief, Andreas tries to find the killer before the media can destroy the islandas fabled reputation with a barrage of world-wide attention on a mystery thatas haunted Mykonos undetected for decades.
Just when it seems things canat get any worse, another young woman disappears and political niceties no longer matter. With the investigation now a rescue operation, Andreas finds himself plunging into ancient myths and forgotten island places, racing against a killer intent on claiming a new victim who is herself determined to outstep him.

I hope to see you there and hope I am forgiven for last night!

On another note, I am off to Harrogate today for Theakston’s Crime Writing Festival. If you follow me on Twitter you will see lots of tweets and photographs coming from the 4 day event over the weekend. You will find me @RebeccaJBradley. Blog posts will also follow. It’s a long weekend, but worth the effort as the people there are absolutely wonderful. I look forward to sharing it with you.