Today in the First Draft hot seat is Melanie Macek.

Melanie has been writing in some form or another as long as she can remember. From songs to plays (a bad one) to poetry (not her forte) to romance, the urge to write has always been there. She read her first romance book at the age of thirteen and hasn’t looked back. A voracious reader, Melanie has been making an effort to expand her reading horizons, thanks to forced college papers. Other genres have captured her imagination, but Romance will always hold her heart.

A native Californian desert rat, Melanie has lived over half of her life in Texas. Braving mosquitoes, humidity, and the occasional voluntary hurricane evacuation, she and her husband and their two 4-legged children Murphy and Charlie, spend time with family, friends, and planning their next travel adventure. She writes in most of her spare time and always makes sure to take a pen and paper with her just about everywhere she goes.

It depends on the story. Most of the time I just sit down, start writing and see where the story take me. I do have a series I’ll be starting in 2014 that requires a lot more planning than I usually do.

Not yet. I usually just sit down and write. Then I’ll take a 70 page spiral notebook and start writing down character traits and setting information as it reveals itself. 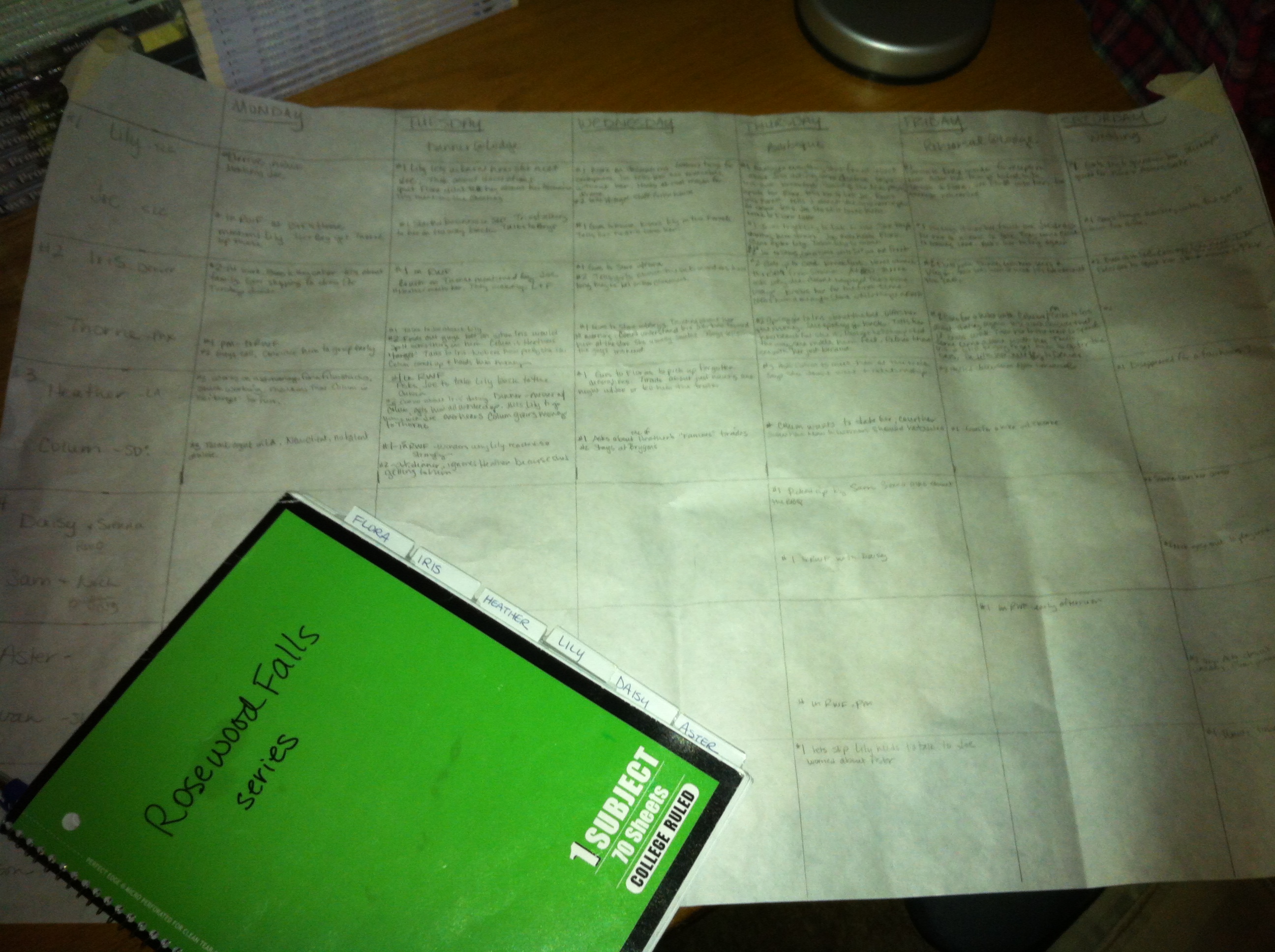 Usually straight to the keyboard. My first book was written mostly on paper mainly because I didn’t have access to a computer. I have a book idea I started a year ago that I started on paper because it felt right for the time period and feel of the story.

It’s extremely important. We live in a global community where people have access to not only the internet but online friends around the world who can verify the information. I believe I owe it to my readers to be as accurate as possible. I try not to research when I’m working on a first draft. I’ll make notes off to the side to verify a date, or if the character is on a certain street, where is the sun in relation to where they’re standing. Things like that. I’ve focused on contemporary romances to date, so there hasn’t been extensive research required…yet.

A ton of online research. So far, my stories have been set in places where I’ve visited so I have a basis for the setting before I start writing. For one story, I’ve requested multiple books from a library in the area where the story is set. It’s a place I’ve never been, so I’m very worried about getting something wrong.

I hate to admit this, but I tend to bookmark websites…then proceed to forget I bookmarked them. That’s why I create the spiral notebook. I have a research section in each one and try to at least write down the name of the website so it will trigger my memory. As far as images I download, I create a folder for each book on my flashdrive so I can access to it no matter where I’m working on the story.

I’m a linear writer. I write from beginning to end because my characters refuse to reveal themselves to me until I’m writing their story. I’ve written full outlines and my characters end up growing in a way that I never anticipated. I may have general ideas of where I want them to go, but rarely do they end up there. 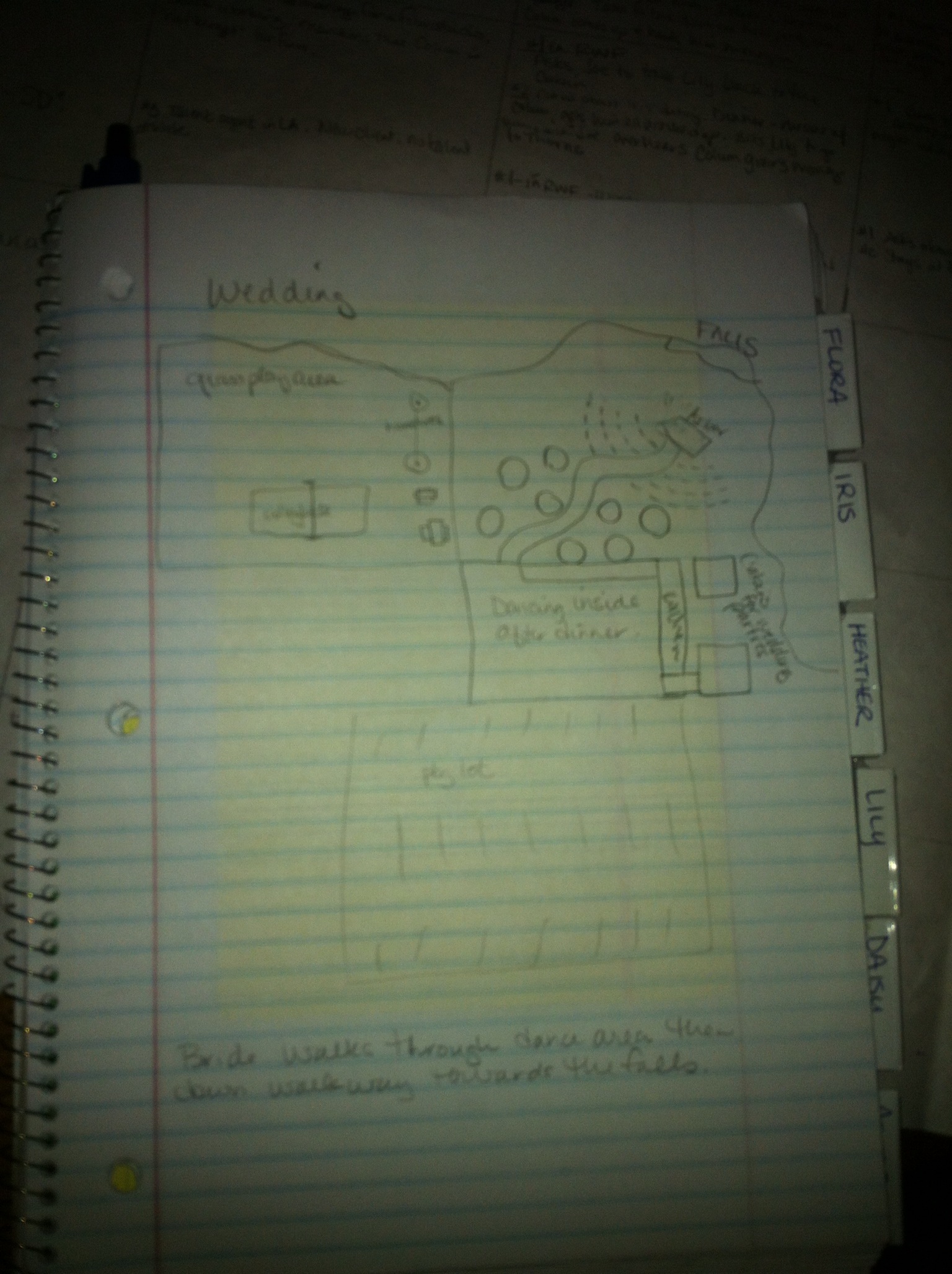 Just my flash drive. I guess at the beginning I keep the notebook with me when I’m working so I can keep eye and hair color straight along with other details as they reveal themselves.

Both. During the day I tend to write and talk at the same time (I do a lot of secret noveling at work). At night when I write is usually when I’m able to let go of everything around me and get lost in the story.

Which one? LOL. I have a desk set up that I use on the weekends. Most evenings, I sit on the couch with the hubby because I’ve been sitting at a desk all day at work. If I need to work on a part that requires access to research items I’ve printed out, then I’ll work at the desk and close the door to both the hubby and the cats.

I tried the words per day and all it did was cause me stress. There are days I need to completely step away from a computer. I felt too much guilt on those days I took a break. I lasted about 150 days before I packed it in. But, those 150 days put me more in the mind frame of taking writing more seriously. While I may not write every day on my story, I try to keep the story in my mind and work on the marketing aspect.

Like I said, the first one took 14 years. The second one 2 months, the third about 3 months. The fourth about a month. The novella series I’m working on at the moment, the drafts have taken anywhere from two weeks to a month and a half. They ALL need work and they’ll usually go through about three edits before I even send them to a beta reader.

I’ve been writing in Scrivener the last year, so I’ll do at least one edit in that program. After one or two edits, I’ll export it to a word file. Depending on the beta readers preference, I may print it out and use that to go by for edits. For the most part, I try to do all the edits in Scrivener.

Edit, revise, edit, revise, wash, rinse, repeat. Oh, sorry. You get the idea. I try not to do more than 5 edits because if I let myself keep editing, it’ll never end. So after a certain point, I stop and get it ready to publish.

You can find Melanie on her Blog, on Facebook and Amazon.

If you want to answer the First Draft questions, please just let me know and we’ll sort out a date!