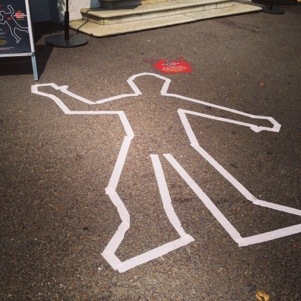 Thursday 19th July 2013 is the day Harrogate becomes descended upon by hoards of rampant killers. Yes, you recognise the weak pun of the crime writer. It was indeed opening night for Theakstons Old Peculiar Crime Writing Festival at The Swan in Harrogate. The Swan being the place Agatha Christie was found during her missing period.

The Swan is a beautiful place, an old and substantially elegant piece of architecture covered in a dark green vine, giving it an added beauty. 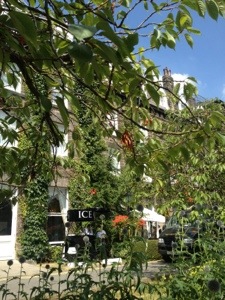 Outside the swan on the usual lush green lawns littered with tables and chairs, are erected – well, I can’t remember their correct name, but if I say teepee, you get the idea – teepees. Inside of which are the signing tables, teas and coffees, bookshop and I’m not sure what else. Tomorrow is when it all starts. 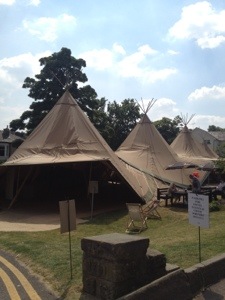 Now, don’t get me started on the tea situation. I bought a weekend rover because I got my lunch for convenience and unlimited tea (it was last year) This year, for the full weekend, it would seem I have a pass stamped for 8 teas. All weekend!! That’s me passing out on the floor from lack of fluid.

Other than my moan about tea, the festival has its usual relaxed feel about it. Everyone is in great spirits and its wonderful to see old and new friends. And who could have asked for a nicer weekend for it.

On the award from Thursday night, Denise Mina won Theakstons crime novel of the year for Gods and Beasts and was shocked and gracious. I do love that woman’s hair by the way. She looks absolutely fabulous.

Ruth Rendall received the lifetime achievement award and she was delightful. She said she has been writing 50 years and recounted a story of walking into a publishers with her first manuscript and the man who would then be her first agent, taking it from her. Something that would certainly never happen nowadays. It was the start of an amazing career and one that has to be recognised in the lifetime achievement.

Following the awards was the after party which I bowed out of early due to massive issues with neck pain, but I do hope to do a better job of fighting it today. I may just melt away in this heat though, so if you don’t hear from me again, you know what happened!