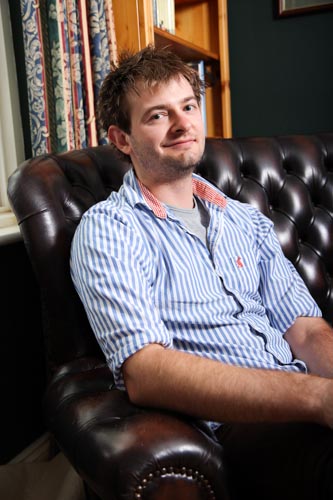 Today I want to welcome Jack Croxall to the blog.

After growing up in rural Nottinghamshire and gaining a degree in Environmental Science Jack decided to change tack somewhat and become a writer. His first novel Tethers is currently available in ebook format.

So Jack, that’s a bit of a change, environmental science to novel writing. Both of which I love by the way. Why the change of direction?

Yes, the transition probably seems a bit of a strange one, however, it felt quite natural at the time! Whilst I was studying at Nottingham, I got into student journalism; writing articles and blogging for the student newspaper. I quickly realised I enjoyed doing this a lot more than my actual degree so, after I graduated, I began working towards becoming a writer. I eventually enrolled in an MSc to further the cause, but had to drop out one term in because I developed CFS after a nasty bout of glandular fever. I had always felt I had a novel in me, so the next two years were spent writing Tethers whilst I recovered.

Is it OK to ask how CFS affects you and how you work with this to write? What’s your routine like?

Well, when I first started writing I could only manage a few sentences a day in bed; my strength and concentration was that diminished. But, as part of my physio, I had to gradually increase the length of time I could sit up at a desk for. Whilst I sat, I decided to have my laptop in front of me and do some writing. It was a pretty gruelling process which lasted well over a year before I could sit for any more than 45 minutes, but I can stick with it for much longer now. I think writing was a great motivational tool actually; it would have been all too easy to dread the exertion (with all its associated pains and struggles), but I always looked forward to making process with Tethers.

That sounds like a long hard slog Jack, but a very determined one. I hope it’s not condescending to say well done on keeping at it. I can only imagine a little of that level of difficulty. You deserve every success. Sticking with a novel is not an easy task at the best of times, yet you have pushed through it and CFS. Tell us a little about Tethers and what prompted that spark in your head.

Thanks! The very first scene from Tethers arrived inexplicably in my head. My protagonist (a Victorian teenager named Karl from the beginning) was walking down a street, excited by something he had previously seen in the house he intended to sneak into. I started writing with nothing but that scene in mind because I wanted to find
out what that something was, and why Karl was so intrigued by it. Almost immediately Karl was joined by a girl named Esther, which was a surprise, and the whole story just sort of escalated from there.

So from one scene a trilogy has grown? Is it fair to say then, that you are a pantser, rather than a plotter? I was shocked by the last sentence of Tethers because I hadn’t realised it was a trilogy. I was so glad to find out there was more coming! Do you know the ending of the trilogy or are you still pantsing your way to the end? Sorry, three questions marks in here I realise! 🙂

To begin with I was definitely a panster, but, as I made my way through the story, I began to see what needed to happen further along the way. At the moment, I have a kind of plan in my head but it’s vague enough that I can allow myself to go off on tangents and connect the dots however I feel is best at the time. I suppose that means I’m a combination of the two now, a ‘planster’ perhaps?

When you’re not writing, what do you enjoy reading?

I read quite widely, actually (thrillers, young adult, mystery and sci-fi being particular favourites) and I really believe that it helps with my writing. Sticking to reading only in the genre you write in can be counter-productive because it stifles your imagination. I also read a fair bit of sciency factual stuff as I review books for the website, Unpopular Science.

What are your three favourite books?

Crumbs that’s a tough question, Rebecca! I love His Dark Materials by Philip Pullman, his amazing characters and gorgeous worlds definitely played a huge part in me falling in love with reading and writing. Watership Down also had a massive effect on me when I was younger, there’s just so much drama in that book and it was a real bridge between my love of nature and the written word. There are just so many I could say for a third, but I’m going to go with Into That Forest by Louis Nowra. It’s the tale of two girls who are adopted by Tasmanian tigers and it’s just a phenomenally moving piece of writing.

I haven’t read Philip Pullman but have heard nothing but good things about him. So should put him on my TBR pile.

Three words that describe you?

Last question. What do you get out of writing, what does it bring you?

It’s simple really, writing has helped me find new friends and made me happy.

Thanks so much for having me on your awesome site, Rebecca!

It’s been an absolute pleasure. Thank you for taking the time out Jack. 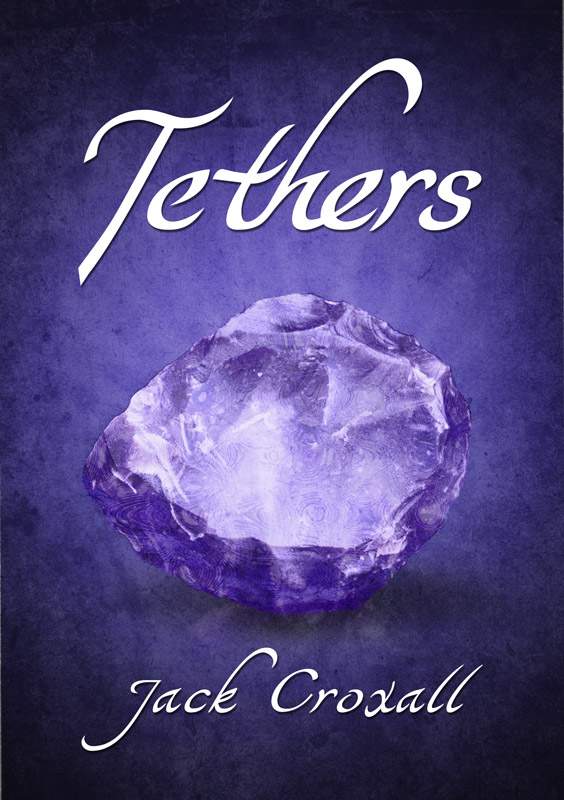 In the wake of a cold Victorian winter, Karl Scheffer and Esther Emerson discover an anonymous journal filled with strange passages and bizarre scribblings

The journal soon draws them into a covert and sinister conspiracy, a conspiracy centred around an otherworldly artefact with the power to change everything …

Karl and Esther have spent almost every day of their thirteen years in the quiet market town of Shraye. Stifled by their rural surroundings and frustrated by their unfulfilled ambitions, they find the allure of the journal’s mysterious pages impossible to ignore. The book seems to be beckoning them away from Shraye, away from their homes and towards the coast where an unsolved disappearance has set in motion a dark chain of events.

The voyage the teenagers soon find themselves undertaking is one of desperate importance and true peril; it will change the way they see the world, and each other, forever.