Today I have the pleasure of handing over the blog to guest poster Adam Croft. 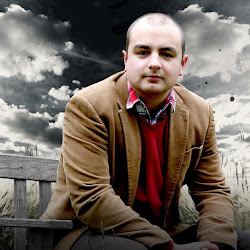 Adam is a British author, principally of crime fiction, best known for the Knight & Culverhouse series of crime thrillers set in the fictional town of Mildenheath and the Kempston Hardwick mysteries.

His work has won him critical acclaim as well as three Amazon bestsellers, with his Kempston Hardwick mystery books being adapted as audio plays starring some of the biggest names in British TV. His books have been bought and enjoyed all over the world, selling over 250,000 copies in 2011 and have topped a number of booksellers’ sales charts. Adam is especially proud of his success due to the fact that all of his works have been self-published.

4 Of The Best Ways To Build Suspense In Crime Fiction.

Crime fiction has to be about as varied as a genre can get. From cosy suburban mysteries to grisly urban dramas, domestic secrets uncovered, and great story arcs spanning decades, crime fiction covers a lot of ground. The novels feature different characters, different styles, different antagonists, different detectives, different settings – but one thing good crime novels always have in common is the ability to create suspense.

It’s one of the big things that keep us reading right to the end. Crime novels need to make us want to turn the page. If you’re happy to put the book down halfway through, the writer probably hasn’t done his or her job properly. There isn’t enough tension in there. With this in mind, it’s worth learning about how to build suspense – how to keep people hooked from the first page right through to the last. Here are some of the best ways you can create suspense in crime fiction.

Pose a question in your first line

We all know that the first line of any novel needs to grip the reader, but in crime fiction, where the desire to keep reading and the mystery of the work are so important, it matters even more. Grab the reader’s attention with a question, something that makes them want to find out more.

As an example, here’s the first line of Ruth Rendell’s A Judgement in Stone: “Eunice Parchman killed the Coverdale family because she could not read or write.” Instantly, it throws up questions. Why can’t she read or write? Why does that lead to murder? Who are the Coverdale family and how does Eunice know them? What’s the story behind it all? Who are we supposed to sympathise with?

Almost straight away, there is enough tension and mystery there to power a whole novel. A first line that packs a punch really does matter.

Make the readers do some work

Another great way to build suspense in crime fiction is to make the readers work for the solution. Don’t give them all the information at once: withhold it, and only release it slowly, and when absolutely necessary. Lull the reader into a false sense of security, making them think they’ve got it all figured out – and then give them a new piece of information that breaks down every theory they’ve previously come up with. Keep them guessing right until the end.

You can also create suspense by giving the reader information – let them know something that the protagonist doesn’t know. They’ll know that the detective is just about to walk into a trap, but the detective won’t. The suspense, in a way, comes from the inevitability, and how everything plays out once the protagonist has the information that they were previously denied.

Make good use of cliff-hangers

Ah, the trusty cliff-hanger. There is a risk of over-using tricks such as this, but when done right, they can be hugely effective at creating suspense in crime fiction. Leave each chapter with a question or an event that needs to be resolved, so that it forces the reader to carry on.

I’m sure we’ve all done it at some point: we tell ourselves we’ll just read to the end of a chapter and then call it a night, only to end up staying up until the small hours because we just had to find out what happened next, and next and next until we reached the end. Don’t let the story drop at any point; it all needs to feel essential, and urgent.

Dangle success before snatching it away

Don’t let up on your characters just because you’re getting towards the end and are starting to resolve your plot. The twists and turns and interest need to keep going right up until the final page of your novel. Let your character – and the reader – think that they’ve achieved success, and then snatch it away.

Of course, any twists you use should never be out of the blue. They need to be grounded in your story and be as plausible as they are surprising, or else they’ll fall flat, but a well-constructed run up to the end with one final shock in store can be a fantastic way of adding suspense and intrigue to your work.

Creating mystery has got to be one of the best parts of crime writing, and it’s fun and compelling for writer and reader alike. But what do you think? What are the best ways of creating suspense in crime fiction?