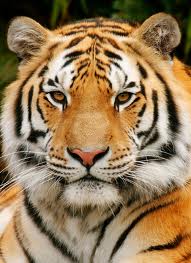 Over the Christmas period my little boy has been ill with chicken pox. He started being unwell with a temperature on Christmas day, continuing into Boxing day, with the spots breaking out, the day after Boxing day. From then on, he was, as were we, confined to house. He was great about it. He didn’t moan about staying inside and not being able to play with friends and we spent some lovely quality time together.

One day we sat and watched a documentary on tigers. He loves documentary’s, his favourite being on dinosaurs, but he does like wild animals.

The programme was about three sibling tigers. We missed the beginning so I’m unsure where parents were, but as they grew older one of the tigers had to exert her strength and power and throw the other two off the land as it wouldn’t have managed to sustain all three. Later in the programme a beautiful camera shot of her relaxing came on.

“Isn’t she beautiful” I said to my little boy

“No” he replied. “She was mean to her sister, she’s not beautiful”

“Very good point” I responded as I swelled with pride.